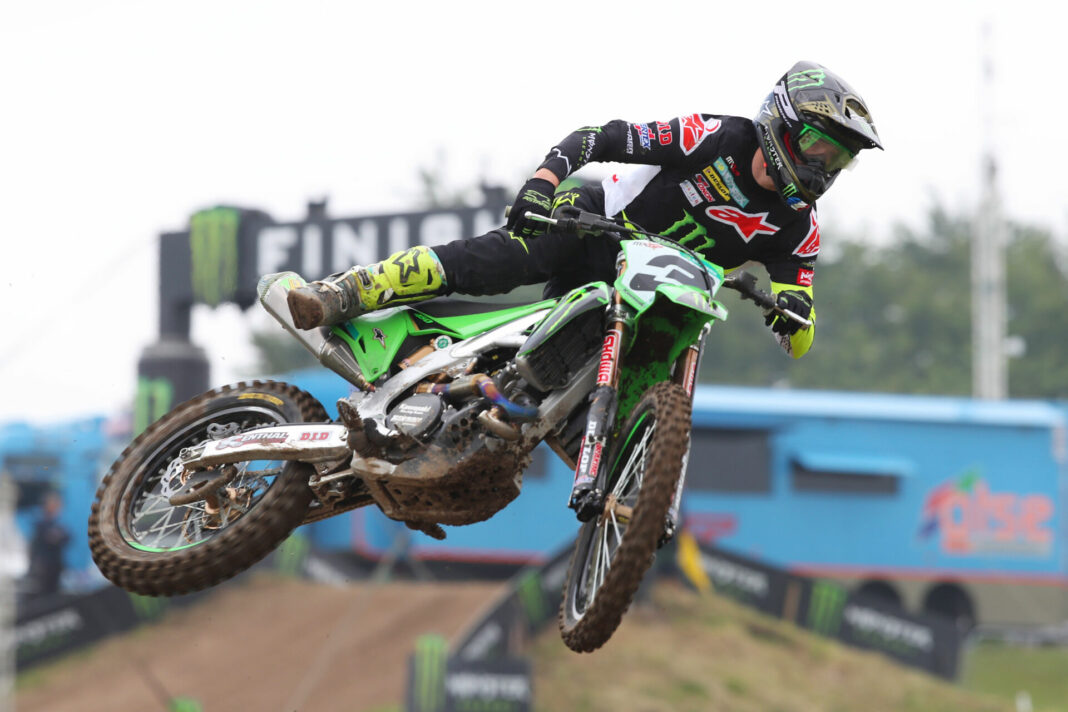 Febvre holeshotted the first MXGP moto of the day in Italy, followed by Red Bull KTM Jorge Prado and also his team mate Antonio Cairoli, as Glenn Coldenhoff moved up into fourth in the opening lap. His team mate Ben Watson also grabbed a great start sitting in seventh position for the first few laps.

MXGP World Champion Tim Gajser all over the back of Coldenhoff, but struggles to make a move on the dutchman as he starts to close the gap on Cairoli in third position. Meanwhile further down the field, Olsen tags the rear wheel of Hitachi KTM rider Adam Sterry and goes over the bars, but remounts to finish up in fifteenth.

Herlings seemed to struggle slightly again in this moto, with hitting neutral on one of the corners, and eventually finishing up in sixth position after making the pass on Ben Watson and Jeremy Seewer, and then managed to find three seconds with two laps to go as he closed the gap on Jonas, also setting the fastest lap of the race.

SS24 Shaun Simpson had a great ride finishing up in a great fourteenth, ahead of Adam Sterry in seventeenth, As the Watson brothers finished up with Ben inside the top ten, and Nathan unfortunately way down in 26th after getting tangled up in the first few corners.

You can check out all the results from today’s racing HERE.