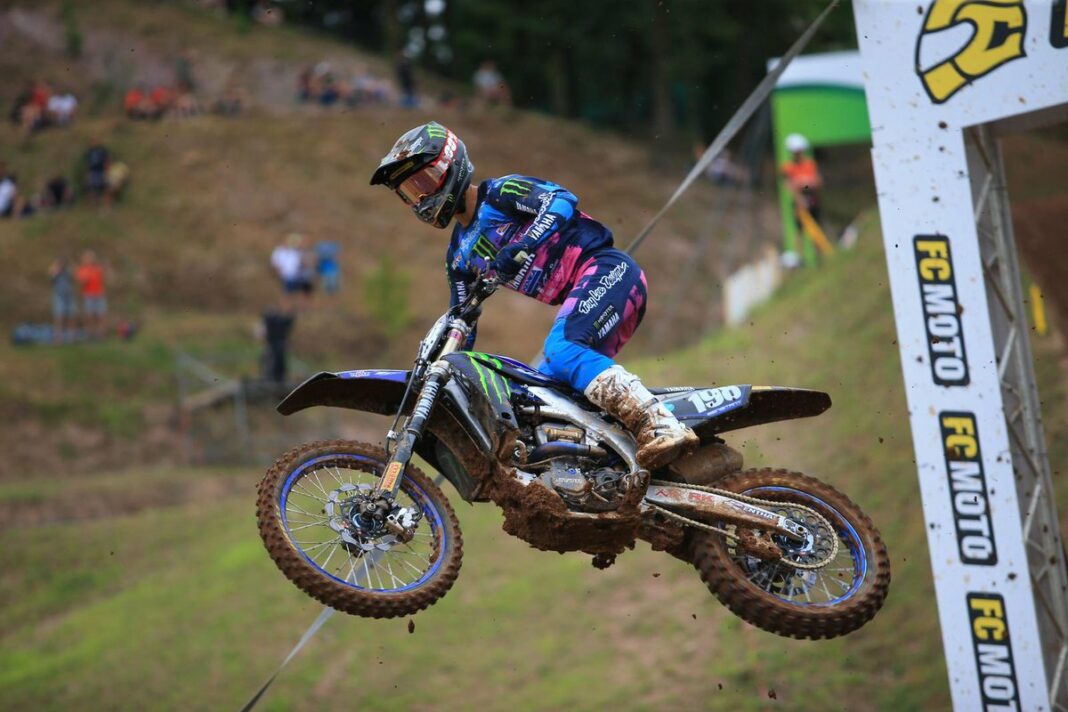 Heading into the first MX2 moto of the day, Thibault Benistant holeshotted followed by Red Bull KTM’s Mattia Guadagnini, Rockstar Husqvarna Kay De Wolf also grabbed a great start as he sat in fourth position for the opening few laps of the moto.

Matterley Basin race winner Ruben Fernandez struggled on the start which put him down in eight position in the early part of the moto, but he managed to push way back through the pack making some daring moves to finish up in third.

Red Bull KTM Tom Vialle seemed to be struggling slightly on the hills in Maggiora, as he circulated slowly ten minutes in and pulled in due to too much pain from his recent injury.

Hitachi KTM Ashton Dickinson had a tough moto coming together with another rider at the bottom of one of the hills and eventually pulling in to DNF, as his team mate Conrad Mewse continued to finish just inside the top ten. 114 Honda Motorsports rider Joel Rizzi finished a solid 24th, However Bike it Kawasaki Taylor Hammal had a decent ride finishing in 28th in a stacked class.

You can view all of the race results by clicking HERE.