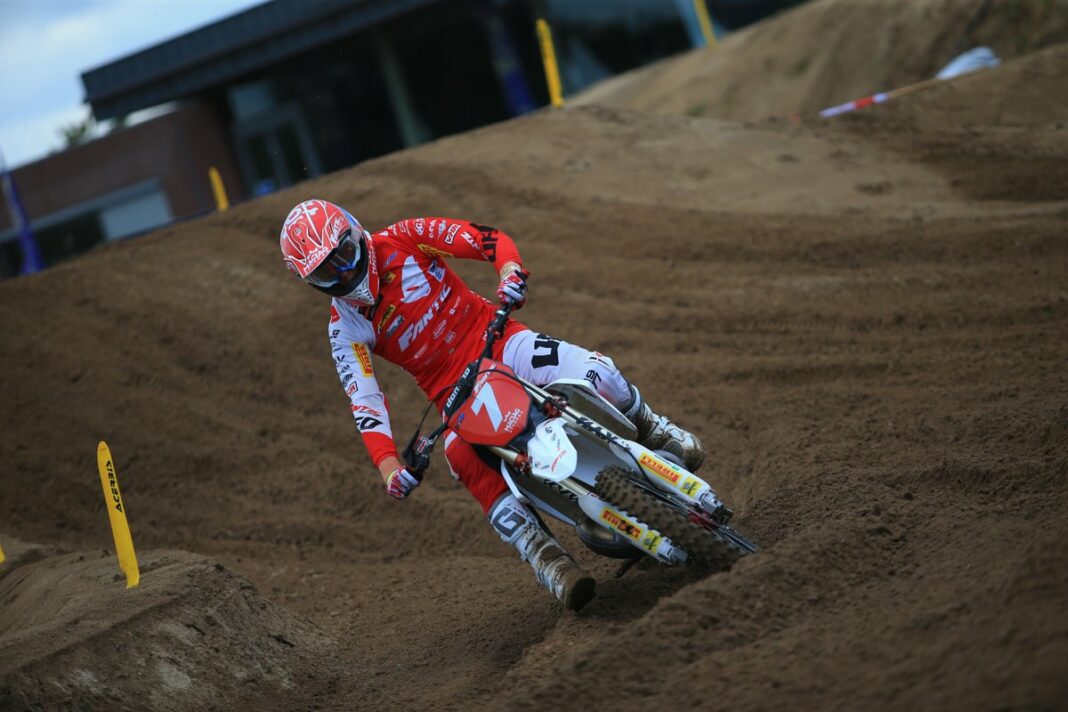 Fantic Factory Team Maddi rider Max Spies shot to victory in the opening EMX2T race of the day in Lommel.

The german grabbed an early lead in the opening moto of the day at the sandy circuit, not without coming under pressure by his Fantic factory team mate Federico Tuani, but still managed to hold him off to take the race win with an eleven second lead, making it the third of the season for him so far and extending his championship lead.