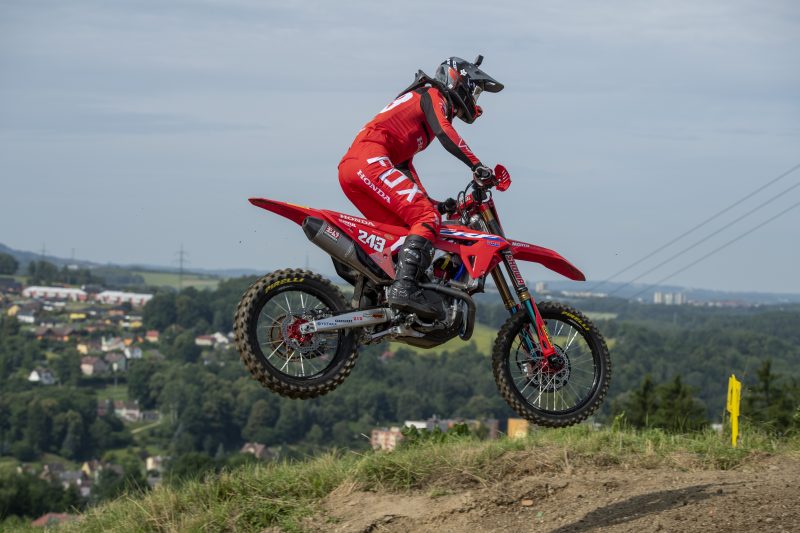 HRC Honda MXGP rider Tim Gajser heads to one of the toughest tracks on the MXGP Calendar this weekend, the belgian circuit of Lommel.

After a tricky last round in Loket last weekend, the multiple world champion has been knuckling down with the team to prepare for this weekends round six of the championship series.

“We’ve had a good week training with the team for a couple of days,’ said Gajser.

“We are just working on a few things and improving our setup heading into Lommel. Last weekend was a bit disappointing but thankfully we’re going straight into another race so I can concentrate on that and focus on getting two good results.”

“Obviously the last couple of years have been really good there, winning three overalls, and four motos so I’m excited to once again try and show how well I’m riding in the sand. I’d also like to thank all my fans who showed up in Loket, it really helps to know that they’re supporting me and it was good to see them around the track. I hope to see more and more fans at the upcoming races.”