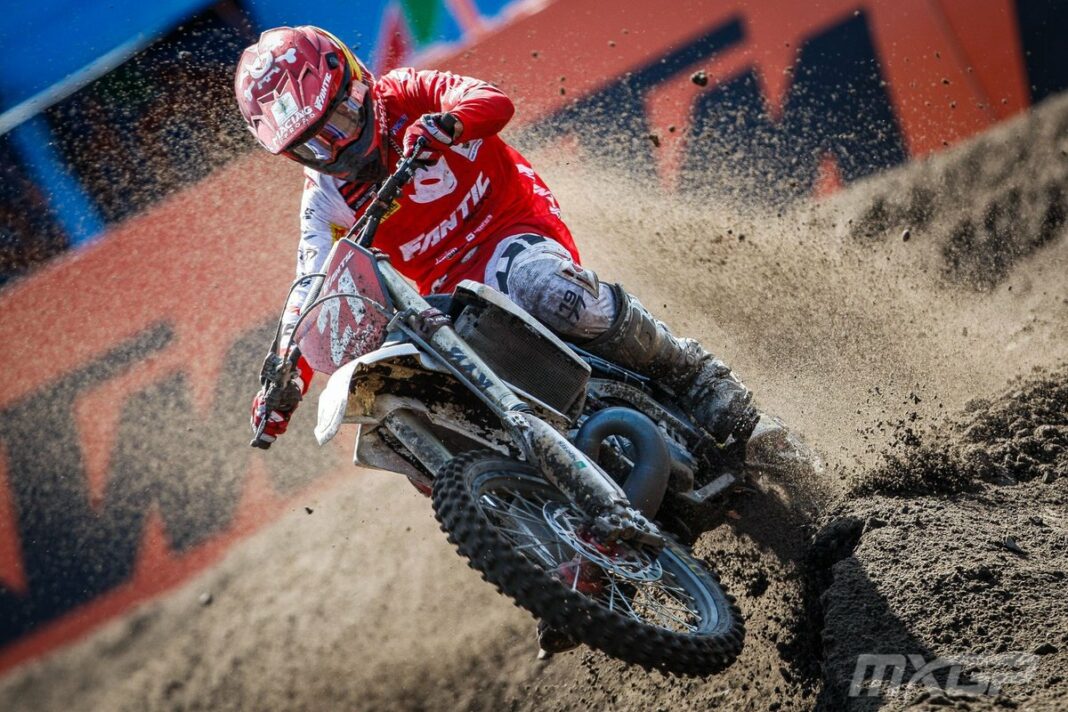 Nicolas Lapucci claims yet another race win in Lommel this weekend for round three of the EMX250 European Championship.

Fantic Factory Team Maddi rider and current championship leader Nicolas Lapucci holeshotted the first EMX250 moto of the day in Lommel, as Liam Everts tucks the front on the opening lap which left him down in 27th position.

The GasGas rider of Kevin Horgmo flew past Lapucci with eight minutes left on the clock, until he made a huge mistake at the end of pit lane as he hit the fence and remounted to finish up in fourth place.

This left the door open for Lapucci to fly through with the race win with Jorgen Mattias -Talviku bringing it home in second place, followed by Rick Elzinga, Kevin Horgmo and Liam Everts managing to work his way back up to fifth.

Brit rider Christopher Mills put in a solid result also heading over to Lommel, with a twenty fourth in a stacked field of riders.

MXGP Trentino: Timetable & Where to watch

Herlings leads charge to keep MXGP events at one day