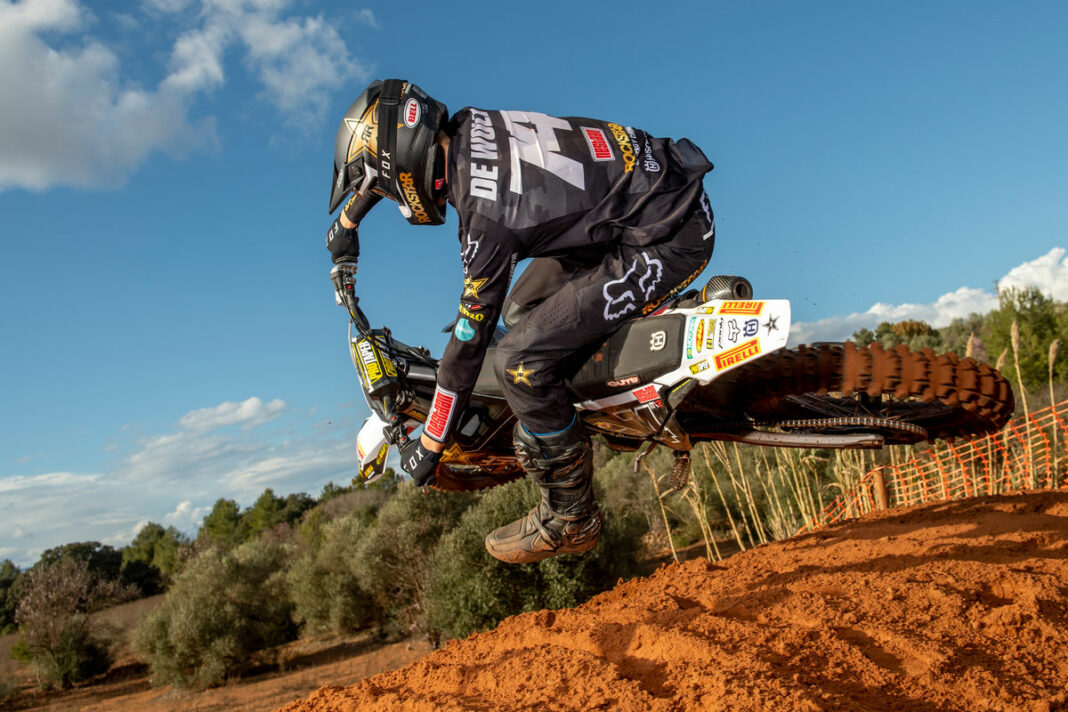 Rockstar Husqvarna’s Kay De Wolf claimed his first ever MX2 race win in Belgium, for round six of the FIM World MXGP Championship.

This morning’s fastest MX2 qualifier, De Wolf grabbed the hole-shot for the second MX2 moto of the day ahead of Monster Yamaha’s Jago Geerts and Thibault Benistant, with Hitachi KTM’s Conrad Mewse getting a much better start sitting in fifth for the first part of the moto after suffering a DNF due to a mechanical in race one.

Red Bull KTM’s Tom Vialle got pushed out on the opening lap, which dropped him to sixth just before he has an off across the finish line dropping him down to eighth for the remainder of the moto. Team-mate Mattia Guadagnini did the same losing a few places.

The tricky Lommel circuit started to catch a few riders out as the rain continued to fall in Belgium. Benistant started to pull a small gap ahead of Mewse, but then as he pits for goggles, Mewse dropped down to sixth place behind Jed Beaton with Ruben Fernandez just behind.

Jago Geerts makes the charge on the last lap to try and close the gap on De Wolf, but the Huksy man manages to hold him off to grab his first ever MX2 race win.