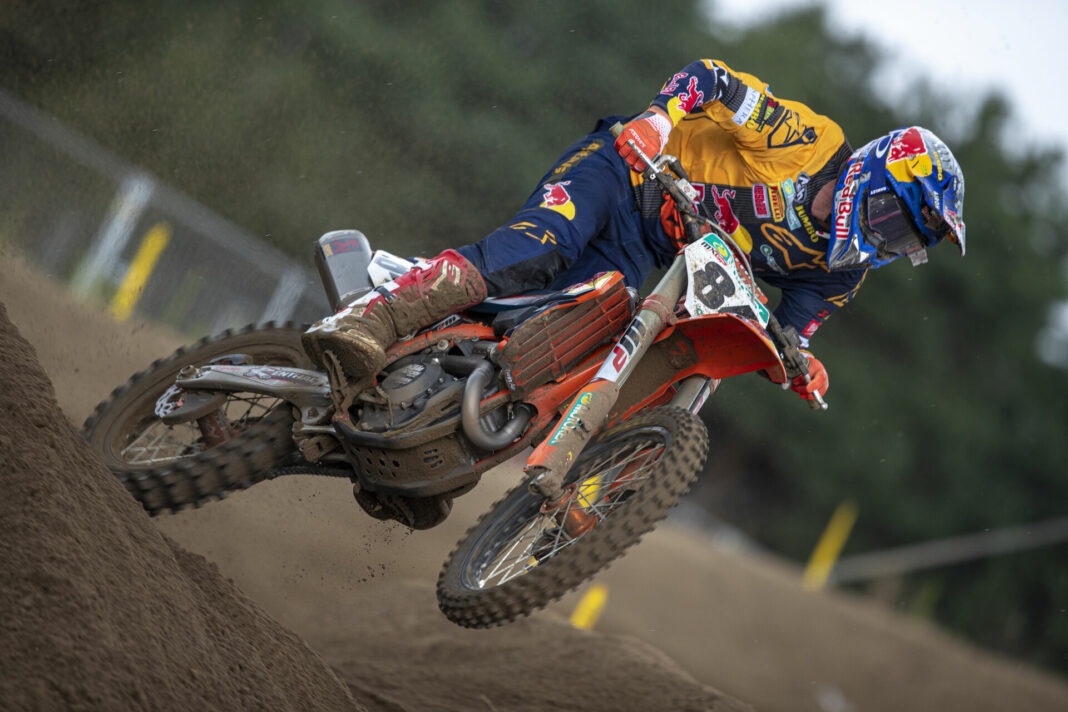 Less than two weeks after fracturing his left shoulder blade in Oss, and sitting out the Loket round last weekend, Jeffrey Herlings somehow grabbed a MXGP Moto one win in the deep sand in Lommel, and then grabbed another solid fifth position in the second moto, giving him a second overall result for the day.

“We didn’t ride much in practice but we had a good gate pick,’ said Herlings. “In the first moto Romain had really good pace, so I just sat there to save energy.”

“As everybody knows, I broke my shoulder blade and it’s not normal to be riding again in thirteen days. I didn’t know if my speed would fade because the track was so rough and hard on the body.”

“At one point I felt I could run a faster pace. I passed Romain and made a gap. I started well in the second moto, fourth or fifth I think, but then came together with Glenn Coldenhoff going for an inside line. It was a shame to be last but I managed to get back to fifth, then I faded!”

“I couldn’t hold on to the bike that well and I didnt want to make a big crash. To go one – five is a good day, One week ago we thought the championship was over, and I still need to hunt down the points. But 42 points is not too bad and there are still a lot of races ahead.”