Home Motocross MXGP MXGP Lommel: ‘I just made too many mistakes’ – Gajser 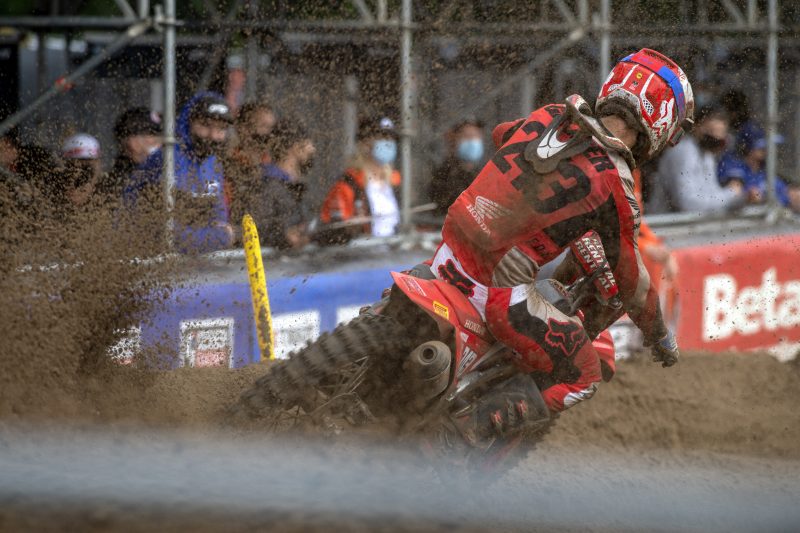 HRC Honda’s Tim Gajser came home with the Championship leader red plate at Lommel, despite a testing weekend in the sand in Belgium.

After struggling with a bad start in the first moto, the Slovakian rider crossed the finish in seventh place, not like we are used to seeing from the multiple world champion. Making a few mistakes in the second moto giving himself a twenty second gap to close, he still managed to salvage a fourth and a sixth overall for the weekend.

“I was really happy with my speed this weekend,’ said Gajser. “Posting the fastest lap time in qualifying and then running good lap times in the races.”

“However, I just made too many mistakes and that cost me in both races. They were tough motos and the rain didn’t help the conditions as it seemed softer than previous years, but I am proud to know I never stopped trying.”

“I never settled for a position and kept fighting towards the end. There are a lot of races left, and even after these bad races, I am still leading the championship so I know I can rider better and that’ll help me out when we go to Latvia next weekend.”