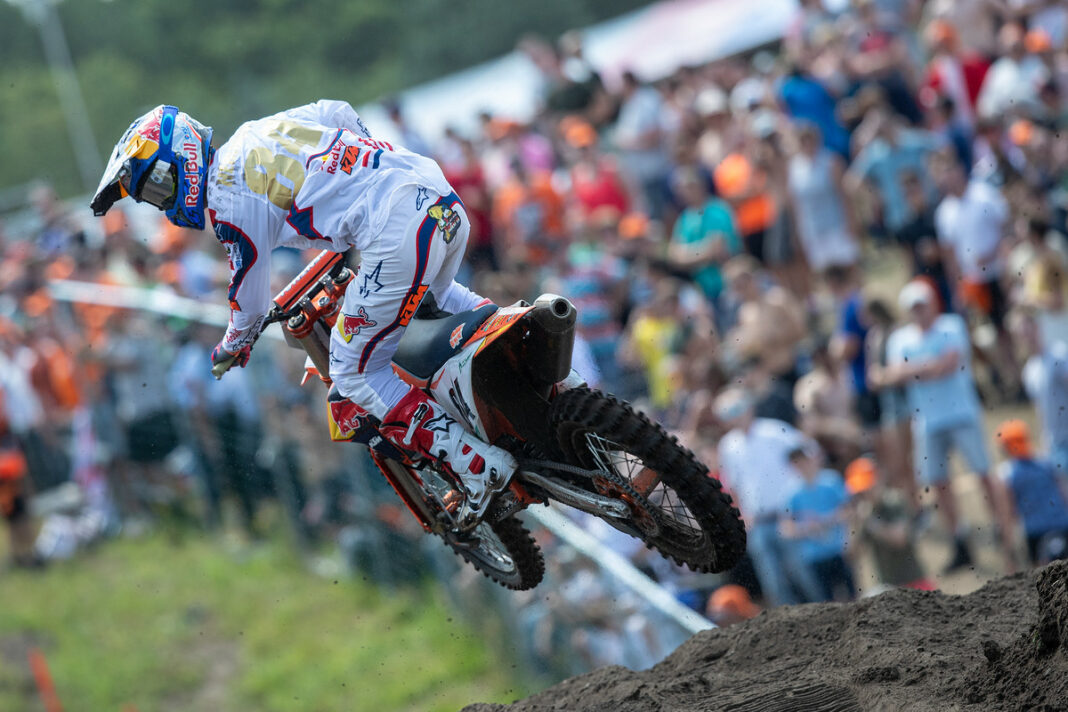 Monster Energy Kawasaki man Romain Febvre grabbed the hole shot for the opening MXGP moto and an early race lead, as Red Bull KTM Jeffrey Herlings had a great start on the opening lap, looking completely comfy despite having a shoulder injury.

The tricky lommel conditions just caught out Tim Gajser losing the front end and dropping down out of fifth position, as the same happened to Red Bull KTM Jorge Prado just a few corners after. Gajser damaging his goggle breaking the canister which meant he would have to pit for fresh ones, just as the rain decided to come down but he still continued on to claim eighth place.

Standing Construct GasGas rider Pauls Jonas had a great start to the first moto, getting a decent gate jump and sitting comfortably in third for the majority of the race, as Jeffrey moves up into second position with ten minutes to go and unbelievably really closes the gap on the Kawasaki leader and made an unbelievable pass, as Febvre tried to chase back on the KTM rider but just made too many mistakes.

Monster Energy Yamaha Ben Watson had a great ride for the first moto as did SS24 Shaun Simpson with them finishing in twelfth and thirteenth, with Hitachi KTM Adam sterry claiming 21st and wildcard Todd Kellett grabbing 24th.

Jeffrey Herlings did the unthinkable and took the opening MXGP win followed by Febvre, Cairoli, Jonas and Seewer rounding up your top five finishers.