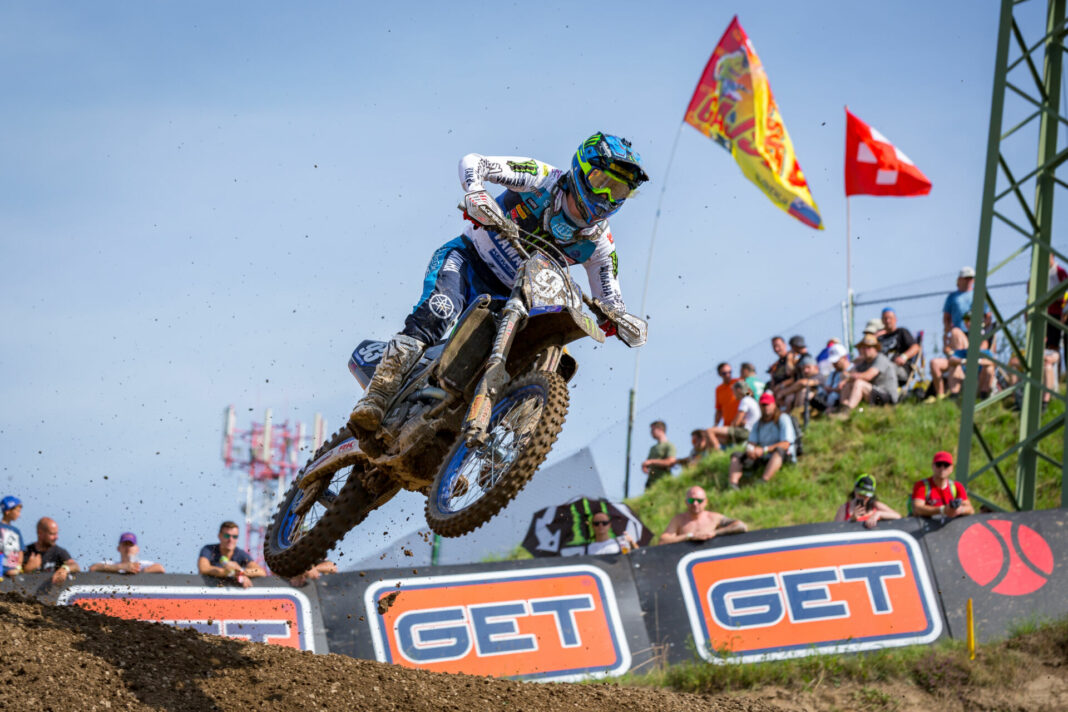 Monster Energy Yamaha Jago Geerts grabbed the opening MX2 moto of the day in Lommel, ahead of teammate Maxime Renaux.

Red Bull KTM’s Tom Vialle returns to the MX2 class after suffering with a wrist injury, but grabbed the hoelshot for the opening MX2 race of the day in Lommel, ahead Jago Geerts and teammate Maxime Renaux. Just as Red Bull KTM’s Mattia Guadagnini sent himself over the bars and got ran over by a few different riders, before managing to remount and worked his way through the stacked MX2 field.

Hitachi KTM’s Conrad Mewse got a great jump out the gate in Lommel as he got himself into fourth position in the opening laps of the moto, and just as he set the fastest lap time of the race, he suffered with what looks like a mechanical issue with his bike and unfortunatly DNF’d.

Rockstar Energy Husqvarna’s Kay de Wolf was really putting the work in on the tough lommel sand, showing some unreal speed as he makes the move past benistant, and chased down Vialle to make a massive pass on him past the mechanics area to finish in third place which could mean a potential podium for the dutch rider.

Brit riders Joel Rizzi and Adam Collings both had great rides finishing up in 24th and 28th in the first moto, with Rizzi showing some great speed on board his Honda.

Renaux made a mistake with five minutes to go allowing Geerts to move up to take the lead and pulls away with a ten second lead and grabbed the race win.