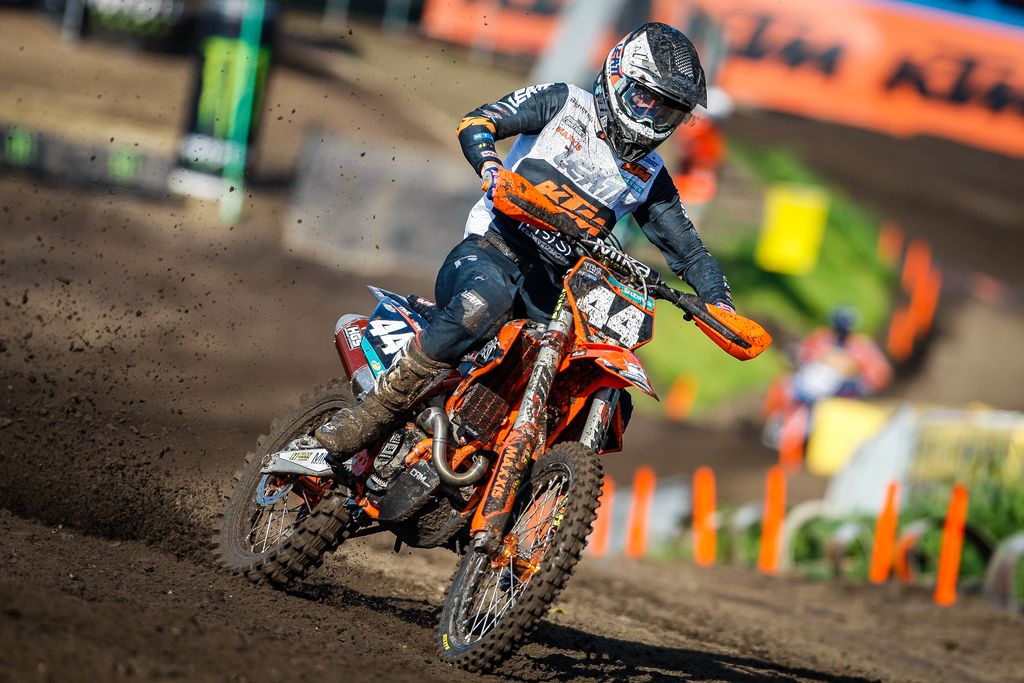 Once again the Fantic Factory Team Maddi rider and championship leader Nicolas Lapucci grabbed a great start to the second EMX250 moto of the day with an early race lead, until he comes under pressure from Rick Elzinga, as he moves through to take the lead ahead of Lapucci.

Kevin Horgmo also moved up into third position, as the battle continued behind with Liam Everts and Jorgen Matthias Talviku and Florian Miot, all battling it out for sixth position.

Par Homes Husqvarna rider Florian Miot has a great start to the second moto sitting in fourth and ultimately finishes up in twelfth place.

However Elzinga then shot through to take the race lead, seemingly making the rough sandy track conditions suit the Dutch rider.

This meant Elzinga took the race lead ahead of Lapucci, followed by Horgmo, Liam Everts and Jorgen Mattias Talviku to round up the top five as Lapucci takes the overall win, and extends his championship lead.