Home Motocross MXGP MXGP Lommel: ‘All the hard work is paying off’ – Febvre 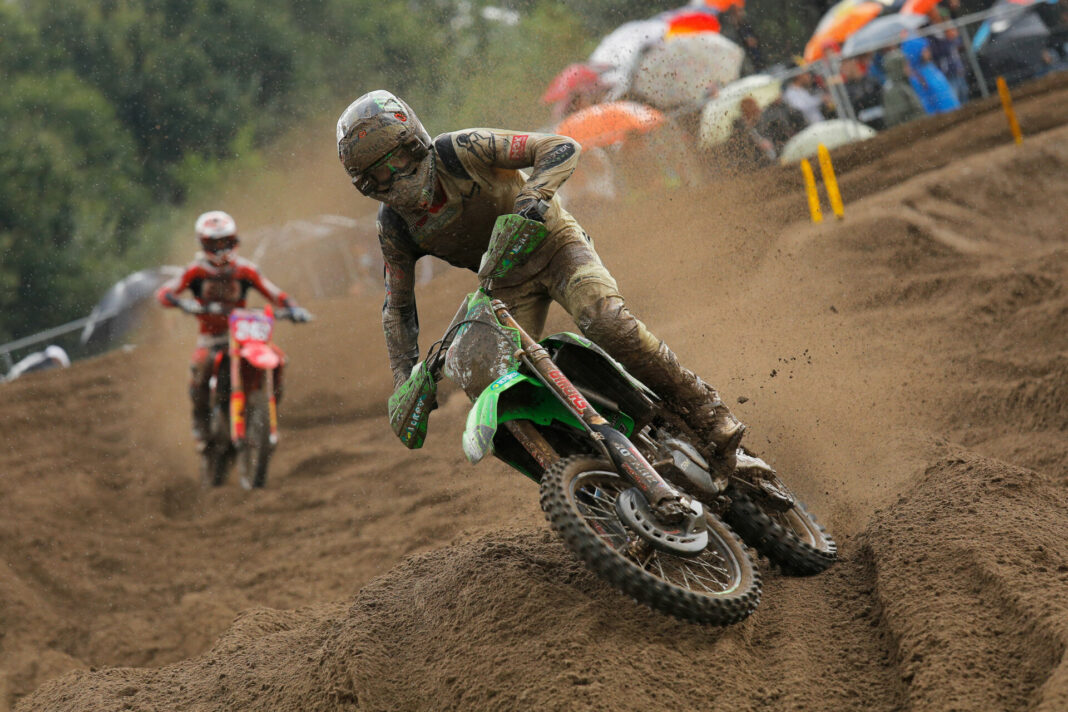 Monster vKawasaki’s Romain Febvre claimed the overall GP win this Sunday in Lommel, with a two-one scorecard ahead of Jeffrey Herlings.

The Frenchman qualified fourth in the morning’s timed practice, hole-shotted and led the first moto before making a mistake and finishing second, then grabbed a stormer of a start and took the race win in the second.

“I didn’t move to live close to here all those years ago for nothing,’ said Febvre. “All the hard work is finally paying off. I did some really good work with my teammate and the entire Kawasaki team this week and we did it.

“It really means a lot to see my face on the top of the podium here in Lommel after I was close several times in the past. I was making a mistake both motos but I still won the GP. I had a really good pace already in the first race but then I tipped over, when Jeffrey caught me I tried to analyse where he was faster and I didn’t let him go but after two laps I tipped over.

“Then I was alone for second and just rode it home, I knew the second moto was for the GP and I put in a really fast lap at the beginning to be alone. I was clear until I made a small mistake which pushed me back to fifth. It took me a few laps to regroup but I was determined to win both the moto and the GP.

“I passed the guys in front of me and I did it, I was on it that second moto. I’m so proud of my team and my thanks to them for everything, for sure we’re gonna celebrate tonight. It’s always good to be close to the points lead but the red plate means nothing at this stage of the season. It was a good day for us but there are many race to go, it’s a long season. We only did six races so far, but I feel this is going to be our year.”