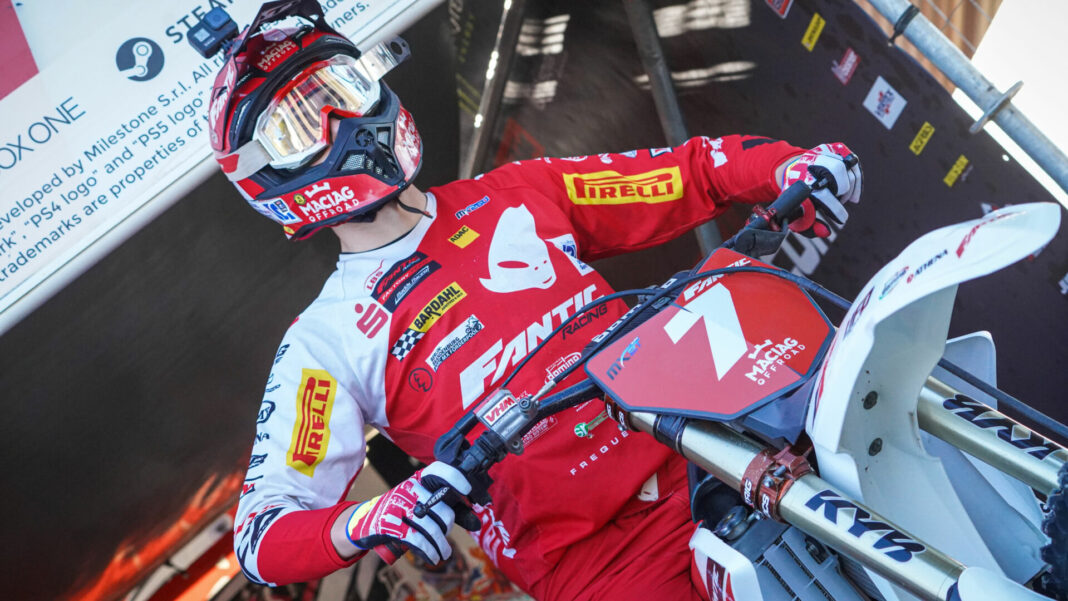 Shooting out the gate for the opening moto at the Italian circuit, it was Tuani that grabbed the first Fox Holeshot of the day in Mantova. The German native and championship leader Max Spies pushed through the pack on the opening lap of the moto, followed shortly by Verde KTM’s brit rider Brad Anderson.

With the first three riders pulling away from the rest of the pack, it was Spies, Anderson and Tuani who had the top step of the podium between them, with Tuani and Anderson back and forth between the two of them for third place.

Further down the field, Chambers Racing brit rider Ben Putnam sat in seventh for the majority of the moto, before eventually pushing through up into fifth place, as the third brit rider in the field Aaron Ongly rounded out the top ten.

Tuani then made the pass on Anderson to move up into second with five minutes to go of the opening moto, to round out the top three. Spies then goes on to win the first EMX2T moto of the day in Mantova.