Home Motocross MXGP MXGP Lombardia: ‘There is a lot on the line’ – Herlings 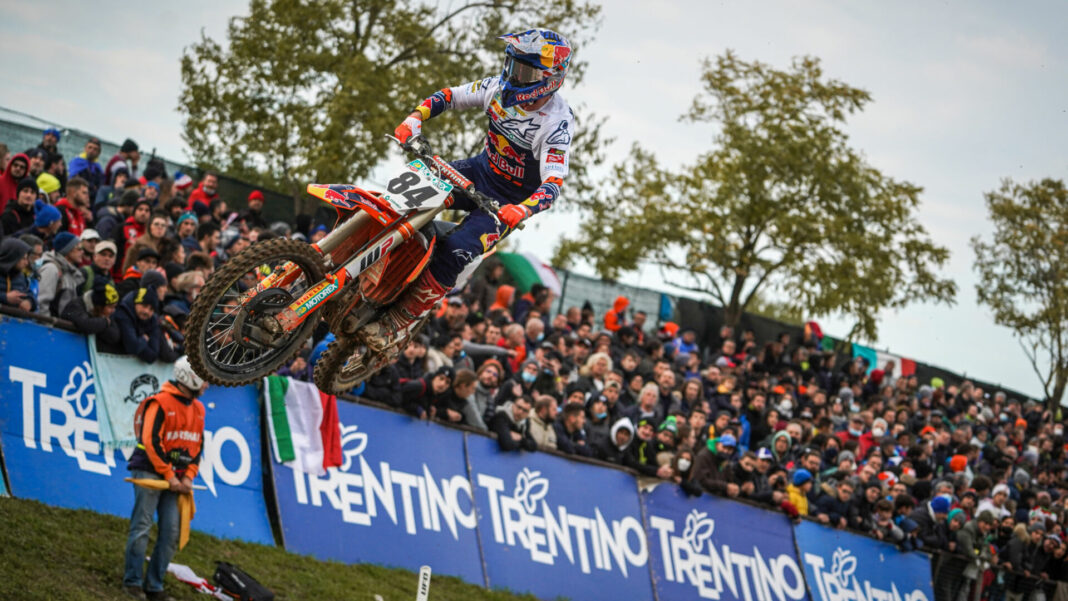 Suffering some bad luck during the first moto of the day in Mantova with a crash with Monster Energy Yamaha’s Jeremy Seewer, but still managed to pull back up to second position, then claiming a win in the second moto giving the dutchman first overall heading into the final round of the series.

“It was a solid moto,’ said Jeffrey. “First of all, do I put myself straight in a good position as I was behind Romain.”

“There was nothing Jeremy (Seewer) could do. I mean, I did exactly the same crash or in some game rather than in warm up. I just hit my left foot back into the side and just got kicked off. But then I was actually really lucky because Jeremy Landed on my bike and my seat was loose, but for some reason it kept on their for the whole moto. I knew I had my work cut out, so I was almost dead last and I worked my way up to second.”

“The second moto took a decent start straight into third and managed to pass Jorge and Romain. And then, yeah, I made a little gap and then I was actually checking where Tony could be, and I was trying to not run away too far too, you know.”

“Then I saw there was too much of a gap between Romain and Tony, and then I pulled away for the second part of the Moto. You know, every point counts right now, so it’s minus three. I think today I don’t know, but I think it’s got basically me and Romain for the Championship.”

“Tim had some bad luck or whatever happened. So it’s going to be all at once on Wednesday, I mean, there is a lot on the line. There are different riders, different countries, different manufacturers and all going for the same goal, and that’s a world title. So it doesn’t matter who wins it, I think we both deserve it in any way. Even then, so will be will be a good one on Wednesday.”