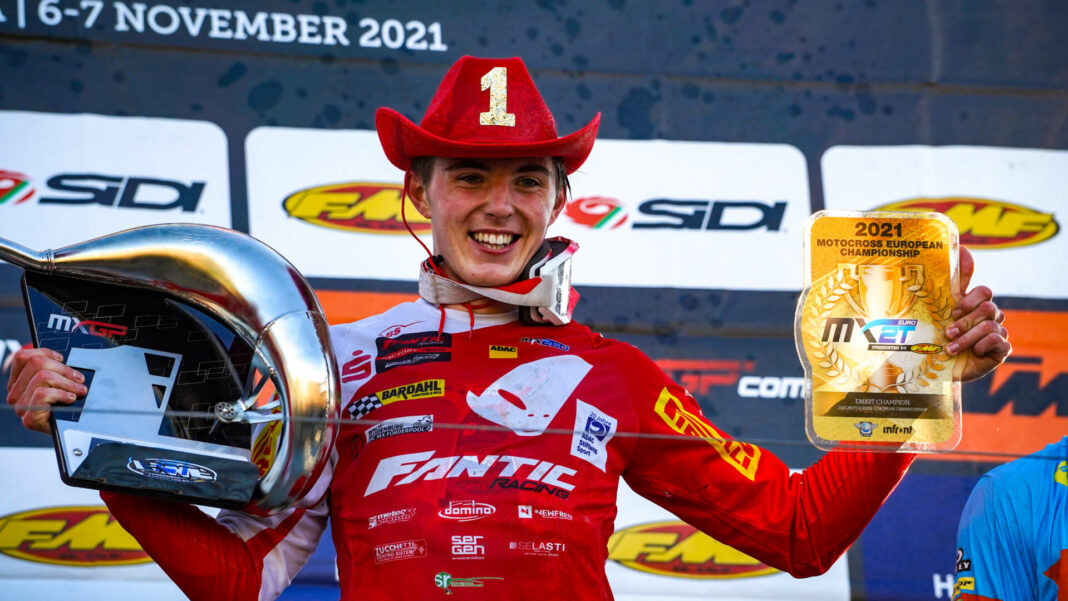 Fantic Factory Team Maddi wins the EMX2T Championship with a moto one victory and third place finish at the Italian Mantova circuit.

Verde Substance KTM’s Brad Anderson holeshots the second EMX2T Moto of the day in Mantova, and leads for the first few corners before being passed by the Factory Fantic Team Maddi rider Federico Tuani for the race lead.

The championship leader however Max Spies only had to finish in seventeenth position or above to win the championship title, so he brought his two stroke machine home in third place in the second moto, just behind Anderson and team mate Federico Tuani.

Chambers Racing Husqvarna Ben Putman had a decent start again for the second moto, but got tangled up as a few riders went down and went over the bars, but managed to pull back a twentieth place finish. Brit rider Aaron Ongley also put in another great ride, finishing up in sixth position.

However it was Tuani, Spies and Anderson in first, second and third for the overall result for the day in Mantova, with Spies grabbing the title followed by Tuani and Anderson with the top three places in the championship.