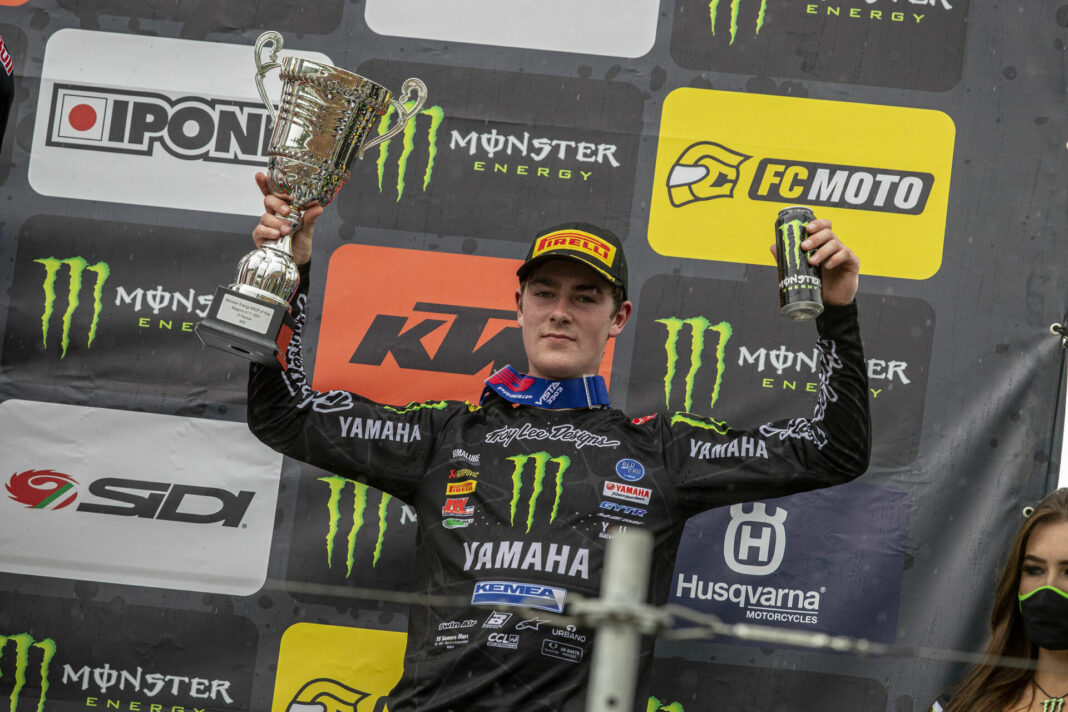 Red Bull KTM’s Rene Hofer had a huge moment in the opening laps crashing out of second place allowing Monster Energy Yamaha’s Jago Geerts to move up into second position, as Tom Vialle grabbed his twenty first Fox Holeshot award for the 2021 season.

Rockstar Energy Husqvarna’s Jed Beaton chipped away in fourth place before making the pass on Red Bull KTM’s Tom Vialle making the move up into third position, which is where he finished the moto.

The two Monster Energy Yamaha team mates Jago Geerts and Maxime Renaux battle it out between the two of them right down to the last lap, with Geerts taking the race win and the overall result for the weekend in Mantova.