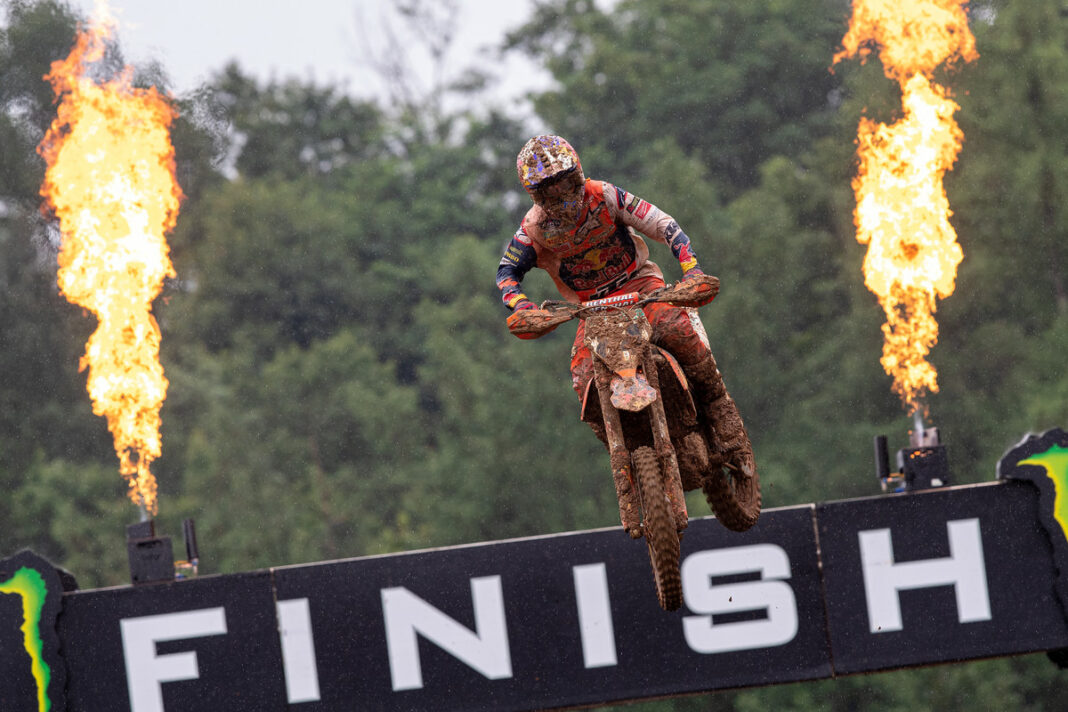 Red Bull KTM’s Jeffrey Herlings will not take part in this weekend’s MXGP at Loket after scans revealed his shoulder injury was worse than initially thought.

The 26-year-old underwent further scans on his left shoulder blade earlier this week. The initial fracture that had ruled him out of the second moto of his home Grand Prix last Sunday was found to be larger than originally feared.

Herlings had been landed on Ivo Monticelli at the start of the first race at Oss and although he was able to win the sprint he was forced out of the second outing.

“I don’t have pain in my shoulder for day-to-day life but sports and especially something like motocross is a different story. We’ll sit out Loket with the aim to come back 100%. It’s a shame and something that wasn’t my fault but it is what it is,” said Herlings.