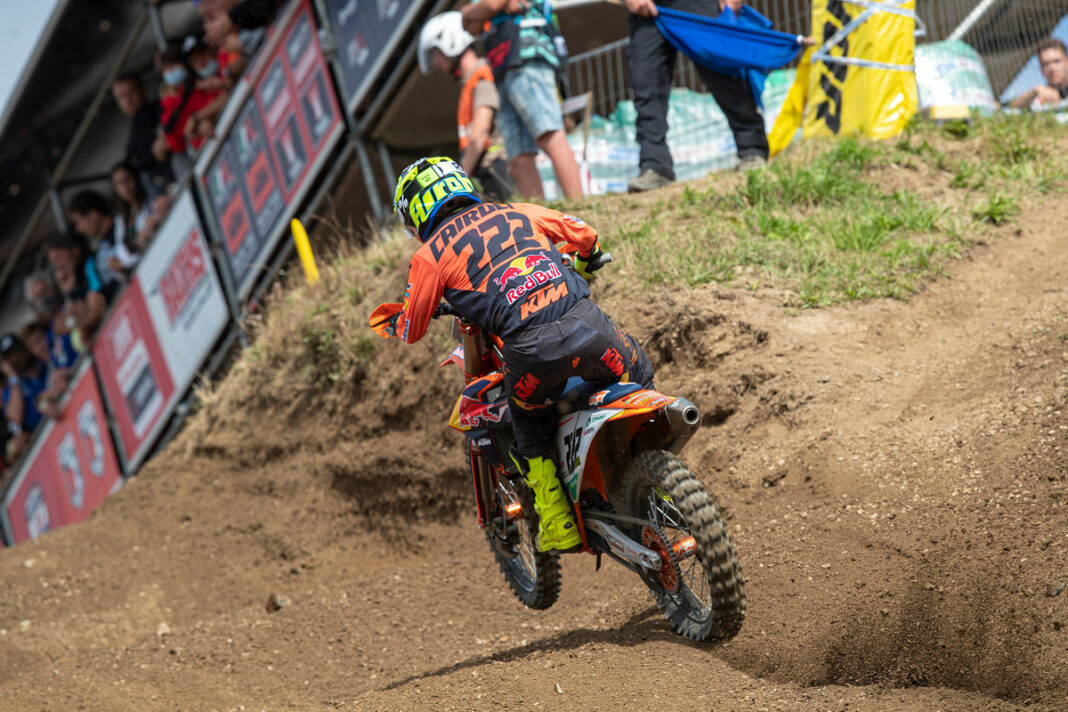 Red Bull KTM’S Antonio Cairoli had a solid weekend in Loket at for round five of the MXGP World Championship in the Czech Republic.

Grabbing a sixth in the first moto and a second moto race win, the Italian was pleased with his results after struggling with the track.

“Overall, I am happy about everything, because my goal is to finish on the podium every weekend,” said Cairoli.

“I messed up in Russia, this is something I still regret a little bit. I struggled a lot with the track as always in Loket. The start is so important and in the first race I was eighth or ninth in the start, then I tried to make some passes and it was difficult as Jeremy and Glenn were also really fast.

“I finished sixth which is for sure not what I want, but it’s racing and this year I’m feeling really good and I’m enjoying the racing, looking forward to the next one, looking to keep consistent on the podium.”