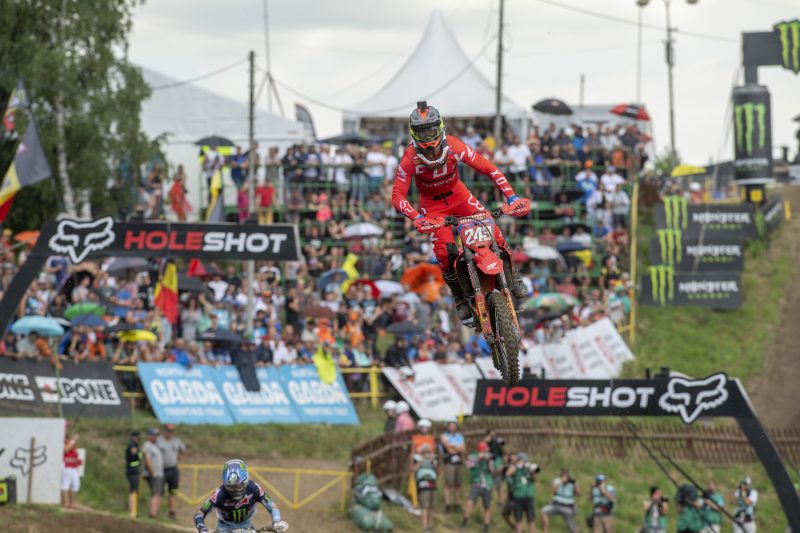 HRC Honda’s Tim Gajser grabbed a mixed bag of results at Loket this weekend at round five of the MXGP World Championship.

Gajser managed to maintain his championship lead despite a big crash in the second moto and bent bike saw him dip into the pits before re-joining for 15th.

“I’m okay. The first race was good, I was quite happy with it. The second race, I had a good start and made some quick passes in the beginning and then the third or fourth lap I just landed, and the bike went sideways so I had a big one,” said the reigning champion.

“Obviously, some bad luck because my clutch lever went into the hand guard so I couldn’t really use the clutch and had to go to pitlane.

“In the end I re-joined the race but managed to save some points as I came back to fifteenth. Obviously, I’m disappointed but that’s how it is, and it happens so we move forward.

“Last year changed a lot. Obviously before when we went to Lommel I wasn’t so great there but in the last two years we put in a lot of work in the sand to improve myself a little bit and I’m looking forward to going there. Of course, I don’t train there at all but I like the track and I will do my best.”