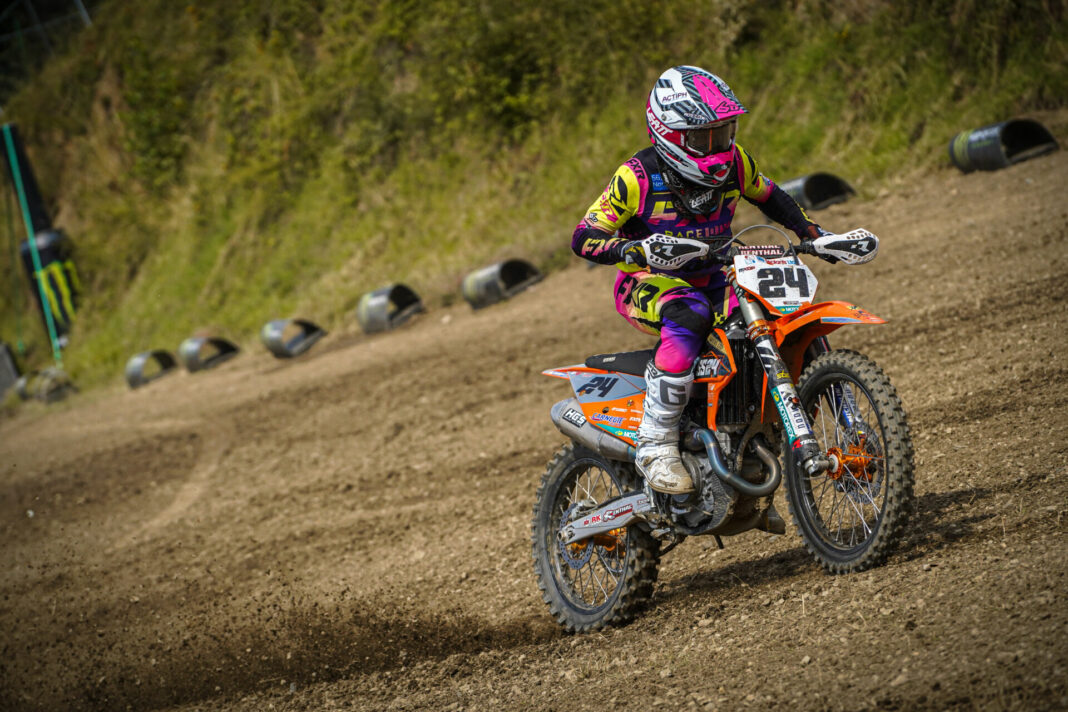 SS24 Shaun Simpson bagged his best result so far this season in Loket on Sunday, for round five of the FIM World MXGP Championship.

Speaking to Shaun post race, he explained the highs and lows of his weekend.

“The weekend was good, I felt like since Maggiora we have been making steady progress,’ said Shaun.

“Kind of figured a few things out with the bike and I’ve been working hard throughout the week as well. Oss really didn’t go to plan for us, the results just felt like we were lacking a bit of speed and fitness in the sand, so we were a little bit off the pace there.”

“We were more confident going into Loket that we would have done a bit more hardpack riding than sand recently, I was feeling relatively confident going in, some of the big rain showers we had throughout Europe last week had obviously been at the track as the track conditions were quite good, as there was quite a bit of moisture in the ground which is unusual for Loket.”

“I got off to a great start to the day with my best qualifying of the year with a sixteenth, which doesn’t sound amazing but it definitely gave me a better pick for the start, more of a opportunity of trying to get up into the first corner.”

“The first race didn’t go to plan at all, I really misjudged the jump on the start another rider hit the gate and it really put me off. I battled really hard from around 27th on the first lap and ended up finishing seventeenth, it was a struggle I really didn’t like that moto at all.”

“Regrouped for the second race, made some changes to the bike and I got my best start of the year so far, I was in around the top five but just lost a place to Pauls Jonas, with a little mistake with ten minutes to go. I rode really smooth felt really comfortable, felt like a had a little bit more to give as well. My condition felt great so I felt like a different rider in the second one, I ended up finishing seventh for my best finish of the season, eleventh overall and up to fourteenth in the championship.”

“So a really positive day for me, pleased to get this one out of the way and try and get some momentum going into lommel this weekend.”