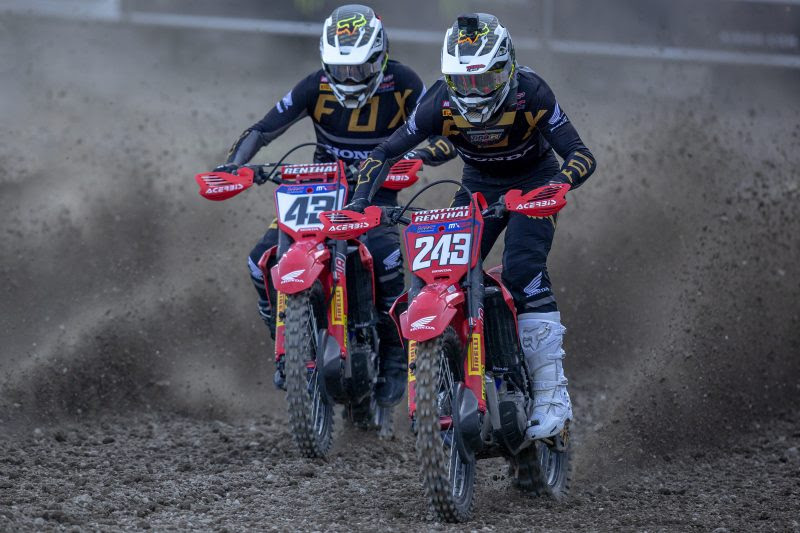 HRC Honda’s Tim Gasjer is looking to continue his winning streak heading into this weekends round five of the FIM World MXGP Series, alongside team mate Mitch Evans.

The #243 then took last weekend off, in order to keep himself fresh for this sixth round of a championship where he has already won four overalls. However, Evans is looking to continue racing himself into shape so decided to compete in the French Championship at Castelnau-de-Levis, which he then won both motos convincingly, to give himself a nice confidence boost heading into this world championship event.

Known as being sandy on top, with a hard base, the Kegums track always provides a difficult test for riders as they try to get to grips with the terrain, but having raced here multiple times in the last couple of years, combined with the two-day format, the Honda CRF450R pair should be comfortable by the gate drops for the two moto’s on Sunday 24th April.

“Since Trentino, I kept up my training both on and off the bike. Having learnt from last year, I don’t want to over-do things, especially at this early stage of the season.” said Gajser. “Obviously, the previous MXGP went really well, getting my first one-one of the season and just having a great time riding my Honda CRF450R in front of so many of my fans. It is always good to see and hear them, and I can’t thank them enough for cheering me on. Latvia has some good and bad memories for me, but I’m focusing on the positives, including winning last year, and I’m looking to just continue how I’ve been riding so far this year and go out there and enjoy myself.”