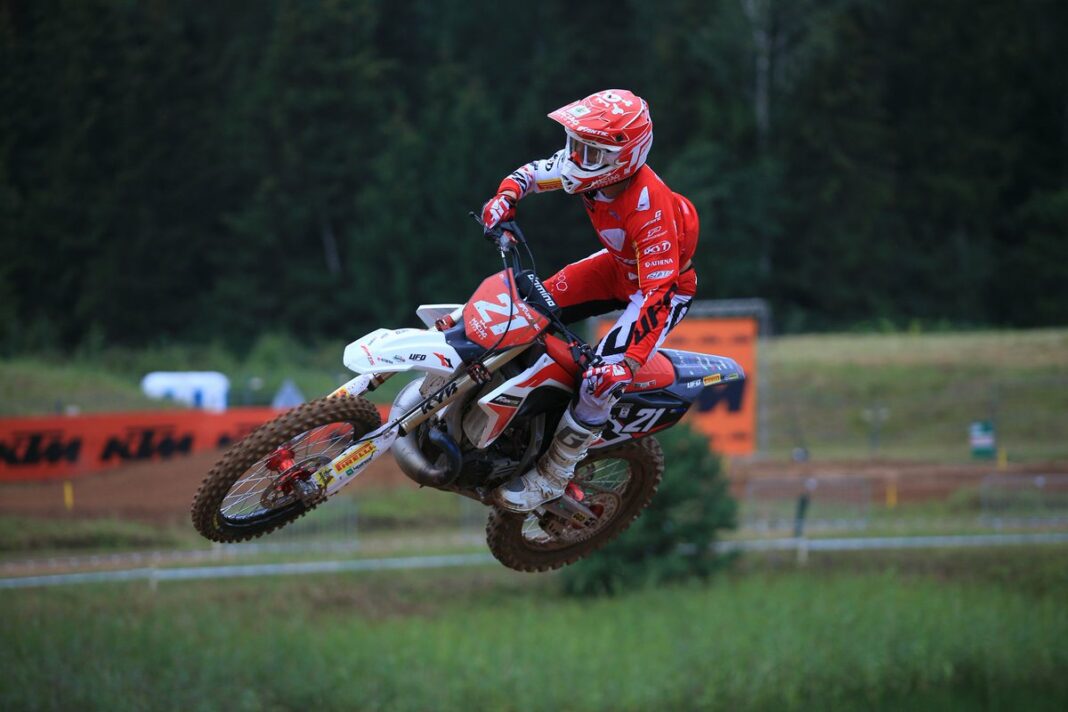 VRT KTM team rider Yago Martinez grabs a holeshot as a huge pile up on the first corner left Andrea Bonacorsi dead last with his work cut out to push back through the second moto, as Liam Everts also got caught up in the first lap chaos.

Race one winner Kevin Horgmo moved up into third position as the Factory Fantic rider Nicolas Lapucci moved up in to the lead mid moto ahead of Martinez.

Rick Elzinga really put the pressure on Martinez on the tricky sand circuit, with each lap changing he was trying to find new lines and ways around the KTM rider and eventually made the pass up to third.

As Fantic rider Nicolas Lapucci claims the second moto win of the day in Latvia, but it was Kevin Horgmo who claimed the overall win two points ahead of Lapucci for the overall result of the weekend, with Martinez finishing third overall.