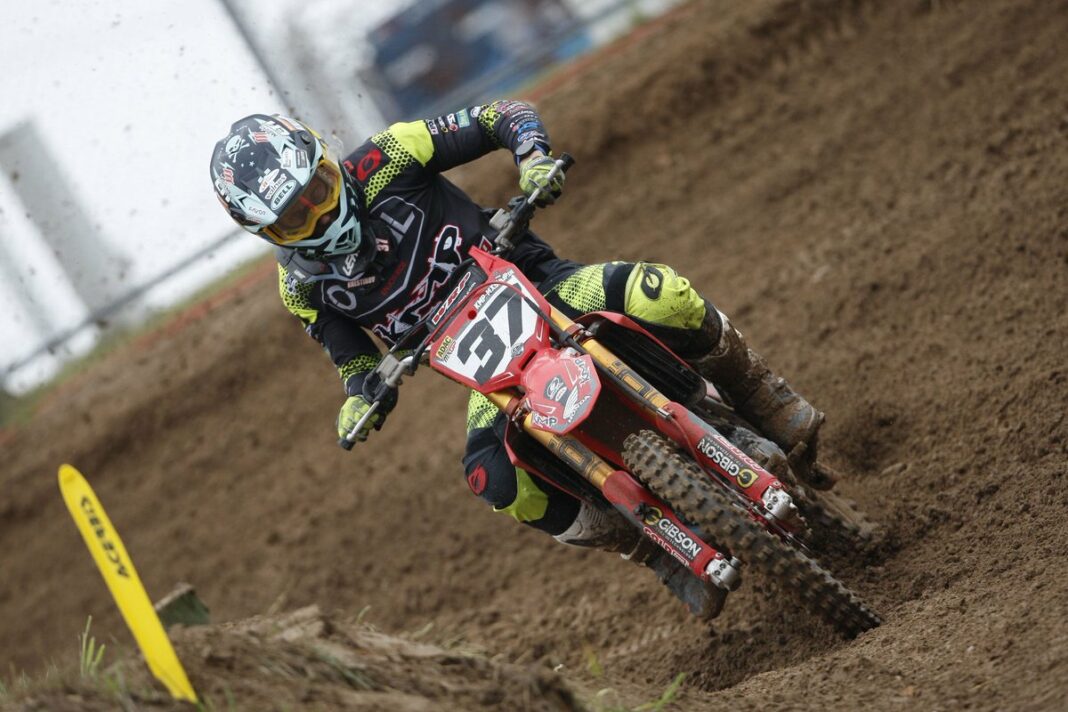 BT Racing team Micha boy de wal holeshotted the first EMXOpen of they day as Gert Krestinov makes the pass on the second corner to lead the opening lap of the day at the sandy Kegums circuit.

Championship leader De Bortoli sat down in fourth for the first quarter of the moto after a tricky start, just as De Waal over shoots one of the berms and jumps off track, but still manages to hold onto second position during the middle of the moto.

De Waal then makes the same mistake and crashed out over a berm again but still manages to remount for fourth position with nine minutes to go.

Gert Krestinov however checked out completely in this moto and won by a huge fifteen second advantage ahead of Jere Haavisto, and David De Bortoli.

Your top ten EMX riders are a follows: