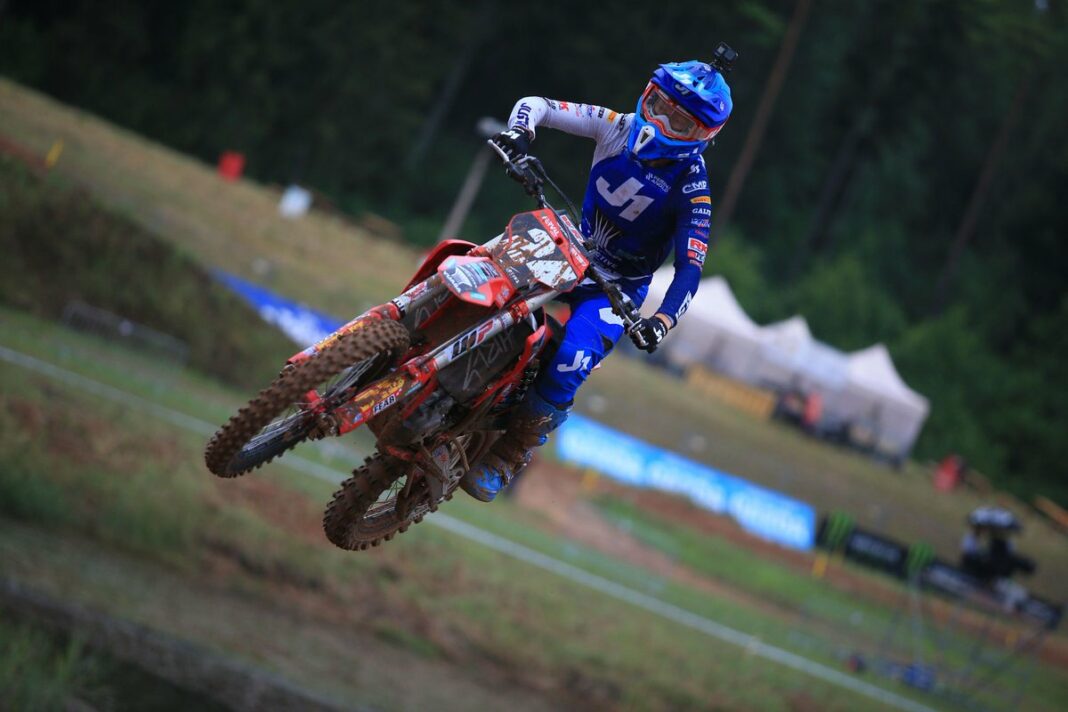 Crazy start to the first EMX250 moto of the day, as Rockstar Energy Husqvarna rider Maxime Grau and Tom Guyon shot around the first few corners together and came together over a jump with both of them going down, and somehow managing to remount.

Liamski KTM Rider Liam Everts grabbed a decent start in the EMX250 Opening moto of the day in Kegums, againsts a huge stacked field of riders lining up to battle the Latvian sand and lead for the majority of the moto.

Championship leader and Fantic Factory Team Maddi rider Nicolas Lapucci started pushing and picking off riders in at the start of the moto, just as Everts made a mistake and spun out on one of the soft corners and lost his lead to GasGas rider Kevin Horgmo.

Horgmo however stayed smooth and collected during this moto, leading right up until the finish followed by Rick Elzinga, and championship leader Nicolas Lapucci rounding out the top three.