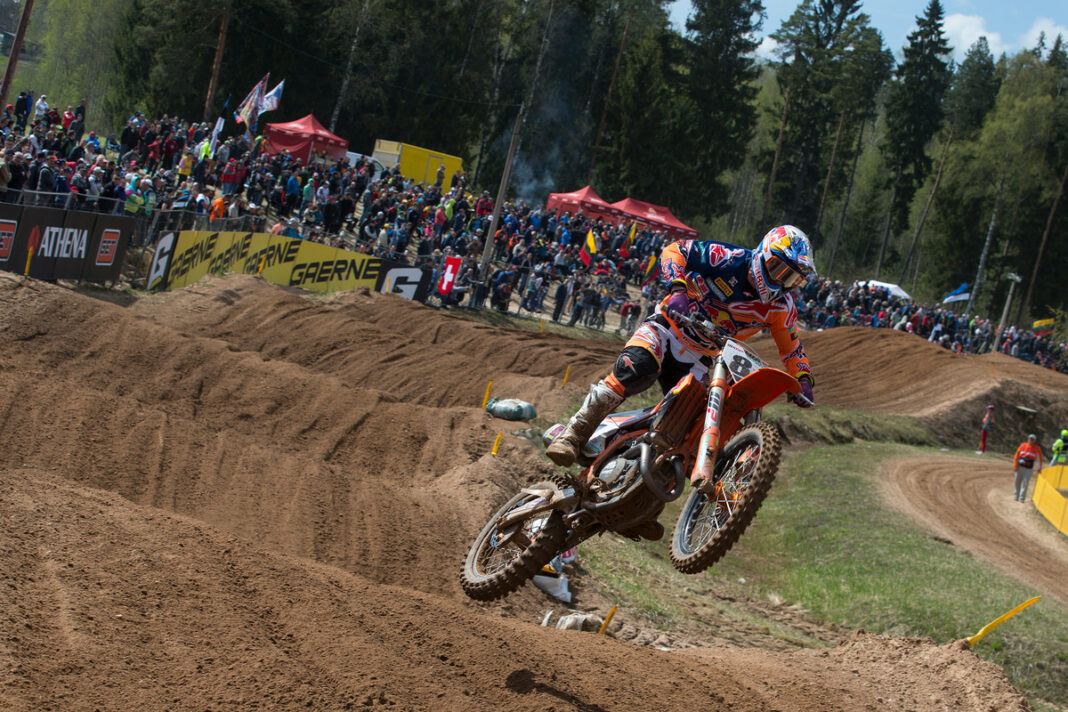 Red Bull KTM’s Jeffrey Herlings grabbed a confident moto one win in Kegums today, at round seven of the MXGP championship series.

Herlings stormed the Fox hole shot in the opening MXGP moto in Latvia, followed by the HRC Honda rider and championship leader Tim Gajser and Jorge Prado right on his tail in the opening laps of the first race of the day.

Romain Febvre also stuck with the pack during the first half of the moto, pushing hard to make it through the pack and blowing some berms out in the process.

It was Red Bull Factory KTM team mates Antonio Cairoli and Jorge Prado who stole the show though in the MXGP Class, battling between themselves and almost cleaning each other out mid moto, with Cairoli moving into third and Prado settling for fourth position.

This meant Jeffrey Herlings confidently took the first MXGP race win of the weekend at Kegums, despite breaking his shoulder just three weeks ago, followed by HRC Honda’s Tim Gajser, and Cairoli rounding up the top three.