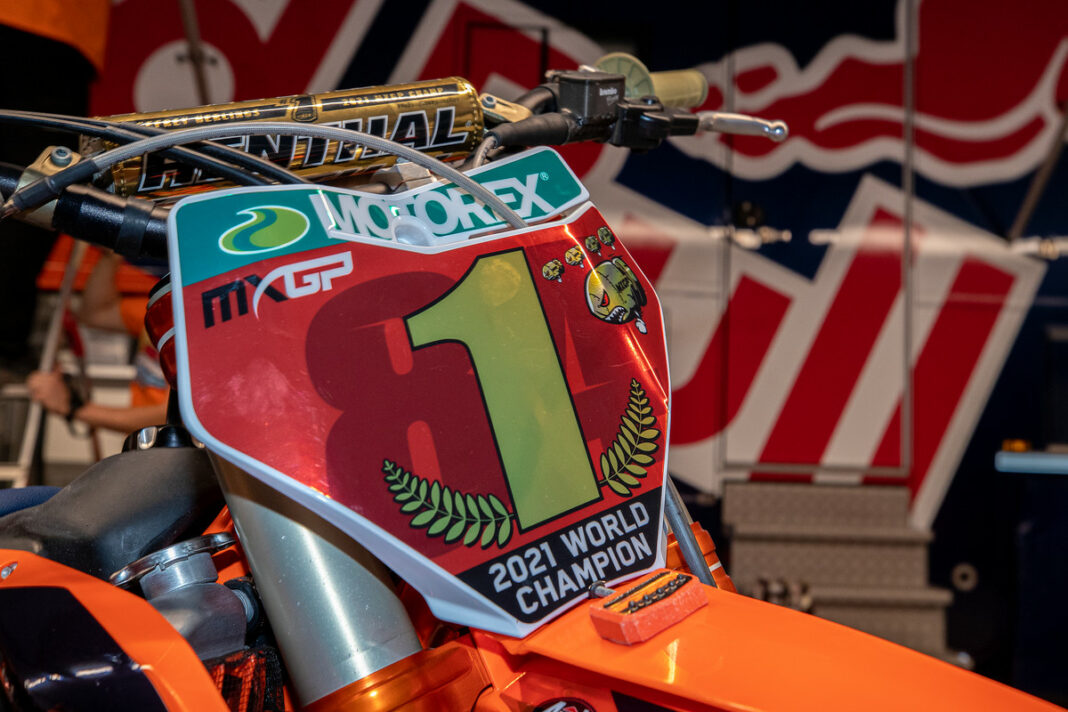 Monster Energy FIM World Motocross Championship winner Jeffrey Herlings had announced he will be running the number one plate for the 2022 season.

For the first time in twenty years, the premier class in motocross will have a racer running the number one for a full season. MXGP champion Jeffrey Herlings mentioned on his social media yesterday that he will in fact run number one on his Red Bull KTM Factory Racing machine in 2022.

Back a month or so ago we asked Herlings if the comments he was making on his social media about racing with the number one in 2022 was just his own hype, or he really wanted to run the number one on his bike for the first time ever.

Then this week, “The Bullet” told the world that he will in fact run number one. I for one am pretty excited to see this number in the premier class for the first time since I think Mickeal Pichon back in 2003.

“After 5 world championships,” Herlings said. “I will finally run the big #1 in 2022. I never had the nerve to do so before, but at this point of my career, it could be the last chance I could ever run it who knows. I want to take the opportunity while its there. It’s a little change for everyone after all those years on #84 but I will be super excited to do so. And after the #1 I will definitely go back to #84 as #84 is my real number.”

So, while we have some riders changing teams, which is always cool to see riders in different colours in the new season, we also have the World Champion racing with the number that shows you are “The Man” in the class.

I can’t wait for when he comes out in practice for round one at the Matterley Basin circuit on February 19 and 20 carrying a number all the old school racers rode with back in the 1960s, 1970s, 1980s and in the era of Pichon back in 2003. Be it De Coster, Robert, Aberg, Thorpe or so many others, this will be a special moment for the toughest championship in the World of motocross.