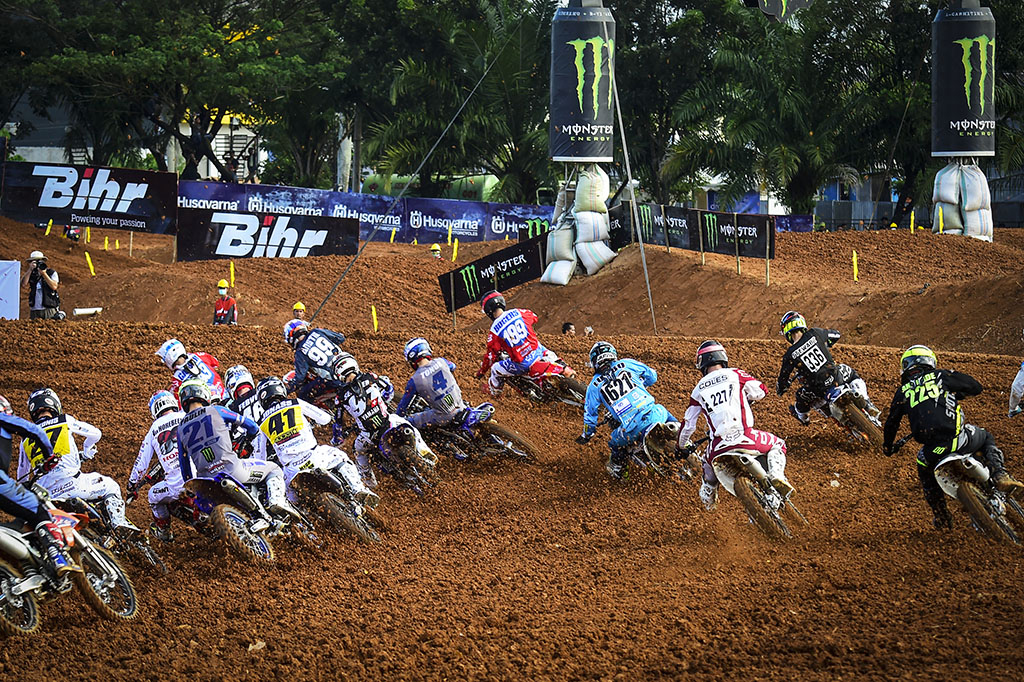 Team HRC’s Tim Gajser finally got back to winning ways after securing a race victory and getting on the top step for the first time since the Italian Grand Prix in Maggiora.

Gajser had some tough races but getting on the top step a couple of weeks ago in Germany and as well with the confidence of winning in Indonesia last time around should make him a GP victory threat as he will no doubt be looking to start a new winning streak.

The Slovenian currently holds a strong lead in the MXGP Championship standings and is 101 points ahead of Monster Energy Yamaha Factory Racing’s Jeremy Seewer who has been on form lately. The Swiss has scored two podiums on the bounce in France and Germany, one of which was an overall win.

It’s looking like in the second half of this season the Yamaha rider is a big competitor for the podium and even race wins, as he won a race in France and Germany too, therefore something big can be expected from him this time around.

Kawasaki Racing Team MXGP’s Romain Febvre made his return to racing in Germany after six months off the bike due to injury. The Frenchman only had a couple of weeks on the bike before he lined-up for an MXGP race and his results were very impressive.

Febvre went 4-7 in the races for fifth overall, which is a great starting point for the Kawasaki rider who is looking to get back to full fitness and focus on the title fight in 2023.

Red Bull GasGas Factory Racing’s Jorge Prado is another threat this weekend as he has been building for the top step this season. Prado did win the GP in Portugal but has struggled ever since, more notably since picking up a shoulder injury in training before the MXGP of Italy. Though the Spaniard claims he knows exactly what he needs to work on, and it will be interesting to see whether these couple of weeks before the Indonesian GP helped him make those changes.

With Monster Energy Yamaha Factory Racing’s Maxime Renaux out for a while due to several broken vertebrae, this gives his teammate Glenn Coldenhoff to make a move up in the championship standings from fifth to fourth. Coldenhoff has already three podiums under his belt this season and he is certainly capable of more as he looks much more comfortable with his set-up.

Gebben Van Venrooy Yamaha Racing’s Calvin Vlaanderen also has fond memories in Indonesia, having won his first MX2 overall Grand Prix back in 2018. Vlaanderen already got his MXGP GP victory this year, but it would be nice to see him back on the podium again, and maybe this weekend he can make it happen.

Standing Construct Husqvarna Factory riders Brian Bogers and Pauls Jonass are also among the favourites this weekend, as the duo constatly battle at the sharp end and already have some podiums in their pocket this season.

Some Australian riders will be making the trip across to Indonesia to wildcard the Indonesian Grand Prix, with Nicholas Murray and Lewis Stewart set to make their first MXGP appearance and no doubt motivated for some top results. Additionally, there is a local rider Farhan Hendra fahrodjie who will be representing Indonesia this weekend.