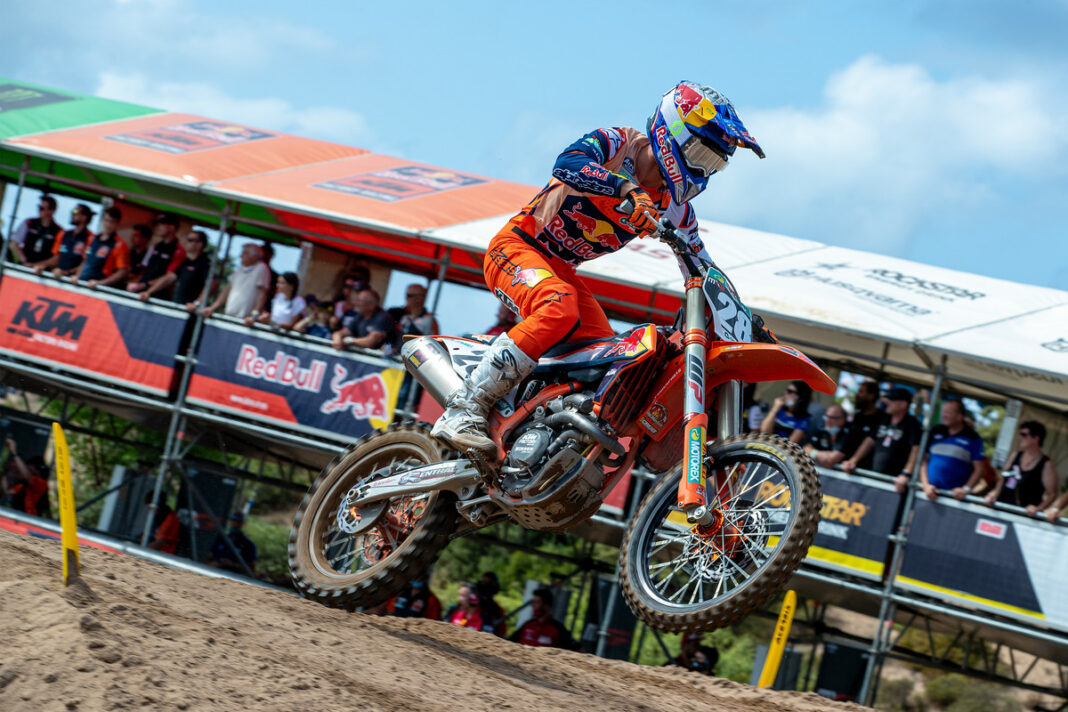 Red Bull KTM’s Tom Vialle storms to victory in the opening MX2 moto of the day in Teutschenthal, ahead of team his teammate Rene Hofer.

Red Bull KTM Teammates Tom Vialle and Rene Hofer shoot out the gate together with Vialle grabbing the Fox Holeshot ahead of Hofer, as the pair of them started to pull away from the rest of the pack.

Monster Energy Yamaha’s Thibault Benistant crashes out of the opening lap also, just making a slight mistake and losing control and rejoined to work his way back up to sixteenth place.

Hitachi KTM rider Conrad Mewse grabbed a bad start and sat down in 27th in the opening laps, with Simon Langenfelder sitting comfortably in fourth place, until renaux pushes past up into third place in the opening laps of the moto.

Bike IT MTX Kawasaki rider Wilson todd retires early suffering more bad luck which looks like a mechanical issue, Red Bull KTM’s Mattia Guadagnini suffering a bad start also and made a mistake which left him to finish up in thirteenth position.

Vialle eventually makes the charge on his team mate with seven minutes to go, claiming the first MX2 win of the day in Germany.