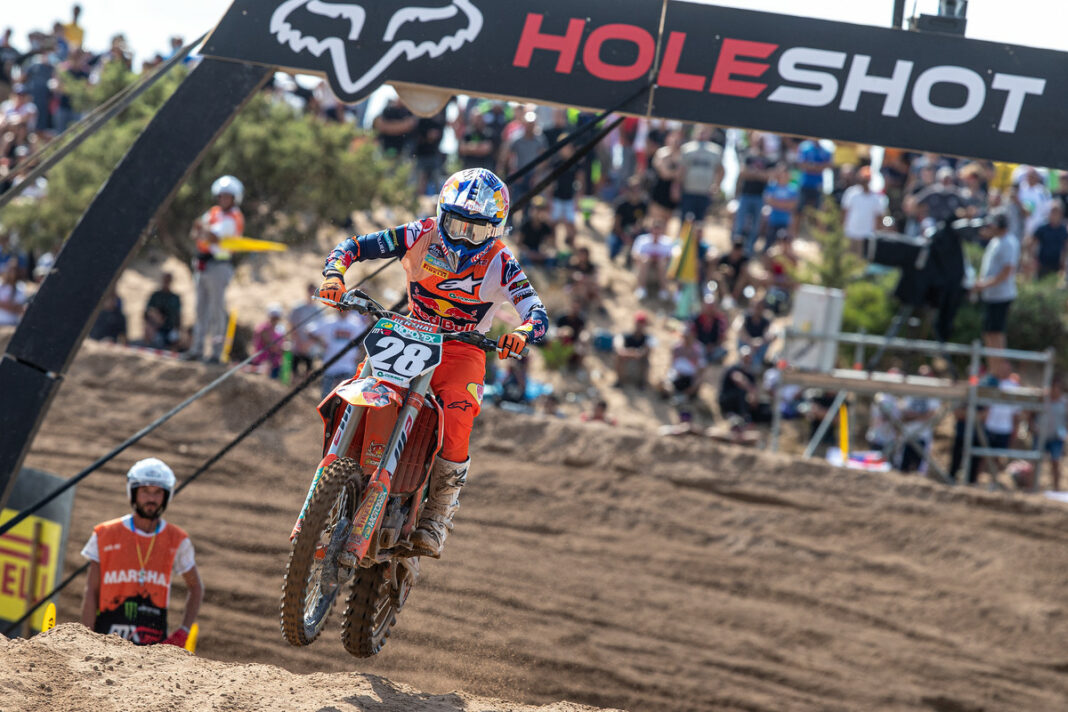 Red Bull KTM’s Tom Vialle grabbed a double victory in Germany this weekend, giving him the overall result in Teutschenthal.

Vialle added another holeshot to his collection during the second MX2 moto of the day in Teutschenthal in Germany, after claiming the first fox holeshot in the opening moto of the day.

Monster Energy Yamaha’s and championship leader had a much better start to the second MX2 moto, and sat in second place for the majority of the race.

Hitachi KTM’s Conrad Mewse grabbed a better start as he sat in thirteenth place, just as Red Bull KTM Mattia Guadagnini and F&H Racing Kawasaki team rider Mikkel Haarup battled it out to try and move up back into eighth and ninth positon.

Vialle however flys through to take his fourth GP overall win of the year, followed by Maxime Renaux and team mate Jago Geerts.