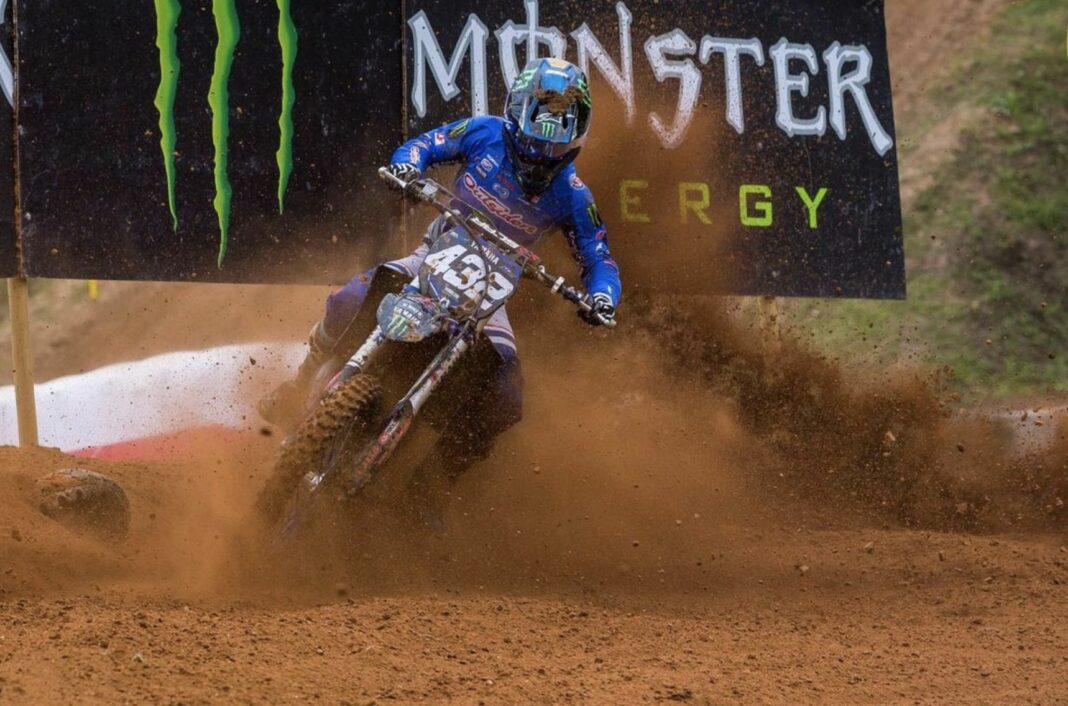 Ivano Van Erp claims the overall win in Germany, with a one – four scorecard in the EMX125 class.

Sacha Ceonen grabs both of the Fox holeshots today in Germany, followed by a stream of 125 riders all battling it out around the first few corners of the moto.

Meanwhile mid moto Valerio Lata crashes out of third place, allowing Brit ASA Unites GasGas rider Bobby Bruce moves up into third place. Bruce then moved up into second position, and started to close the gap on front leader Coenen, Valerio Lata crashed out twice during this moto, leaving him wat down in eighteenth position.