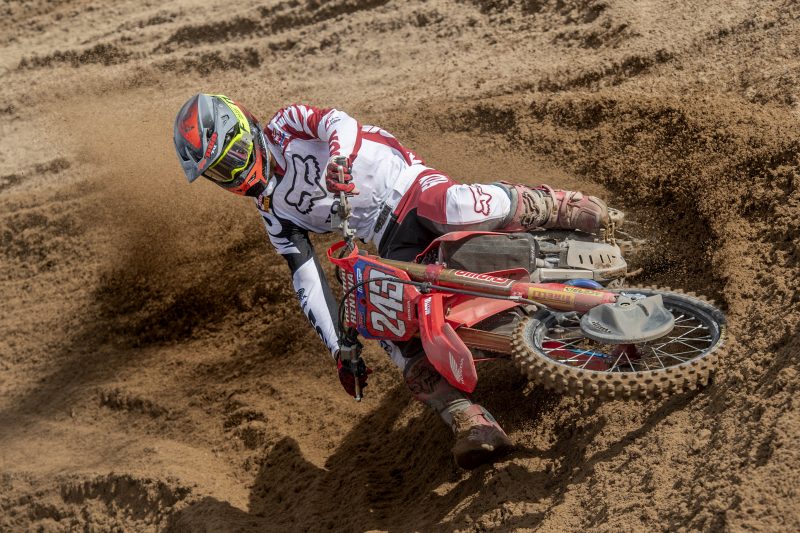 As the rest of the pack start to spread back out, surprisingly we saw Jeffrey Herlings back out on track after the nasty finish jump crash with Prado in the first moto, which Prado is rumoured to be nothing broken but is receiving treatment in hospital for a cut to his arm.

Monster Energy Yamaha Ben Watson had a great start to the second moto, with sitting in seventh for the majority of the race just dropping down and finishing in eighth place.