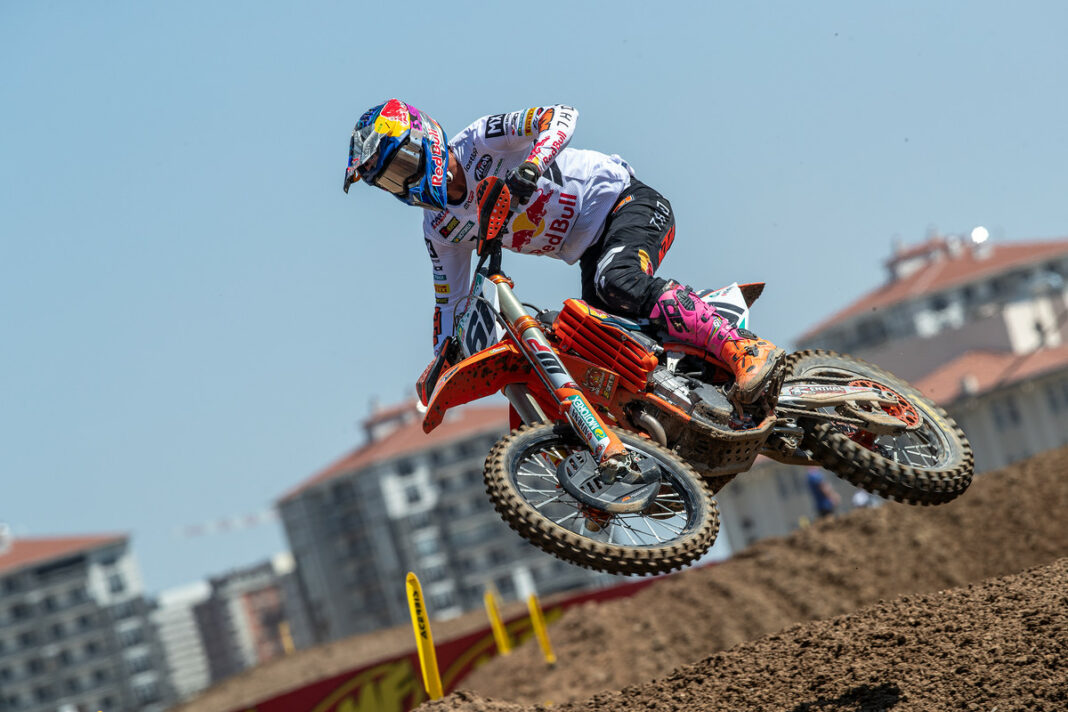 Red Bull KTM’s Jorge Prado grabs the first MXGP victory of the day at Teutschenthal, ahead of his team mate Jeffrey Herlings.

Prado grabbed his 11th fox holeshot of the weekend in the dry German circuit, with Herlings making the pass on the third corner to move up into the lead.

Prado then made the move back past his teammate on lap three, as Tony Cairoli comes under pressure by HRC Honda’s Tim Gajser, as Kawasaki’s Romain Febvre sits in third chasing down Herlings in the opening half of the moto.

Gajser then made the push past Febvre to move up into third place, despite only breaking his collarbone a few weeks ago and having surgery.

Prado and Herlings scrapped it out with three laps to as Herlings tries to make the pass on Prado, as he nearly jumps off the track trying to fend off Jeffrey, it went right down to the last lap with the pair, as Prado jumps across Jeffrey on the finish causing them both to go down.