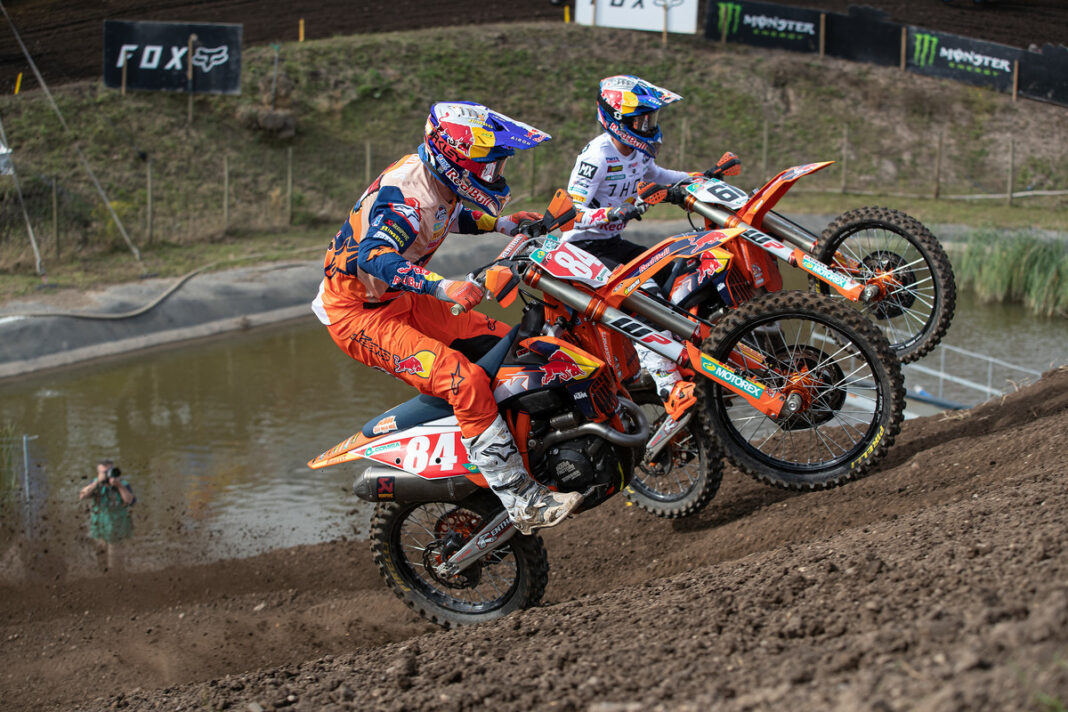 After a huge last lap battle for the KTM pair during the first MXGP Moto of the day in Teutschenthal, which resulted in Herlings and Prado taking each other out as they cross the finish line, Prado still claimed the win, but he didn’t line up for race two at the german GP as he was receiving stitches to his arm.

Take a look at the last lap footage below and see if you can work out what caused the crash, who was to blame?