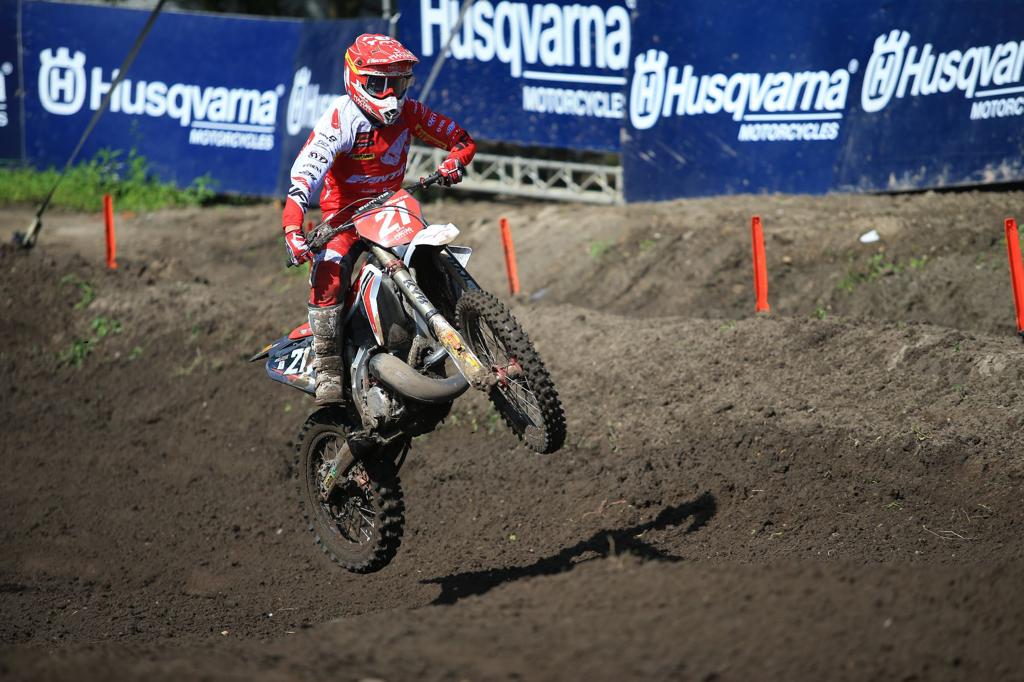 Factory Fantic rider Nicolas Lapucci claims the first EMX250 race one of the day in Germany, followed by Rick Elzinga and Kevin Horgmo.

Heading into the opening EMX250 moto of the day in Teutschenthal it was Lapucci who shot out of the gate grabbing the Fox Holshot award for this moto, but was quickly under pressure by Horgmo.

Rick Elzinga moves up to second place as he chases down Lapucci, all over the back of him as he puts the pressure on to try and make the pass mid moto, as Lapucci makes a huge mistake and leaves the door open for Elzinga, but eventually he does not make the pass.

Brit rider Eddie Jay Wade however crashed out finishing the first moto with a DNF, as Liam Everts made a mistake in one on the last corner but still managed to pull back an eleventh place.