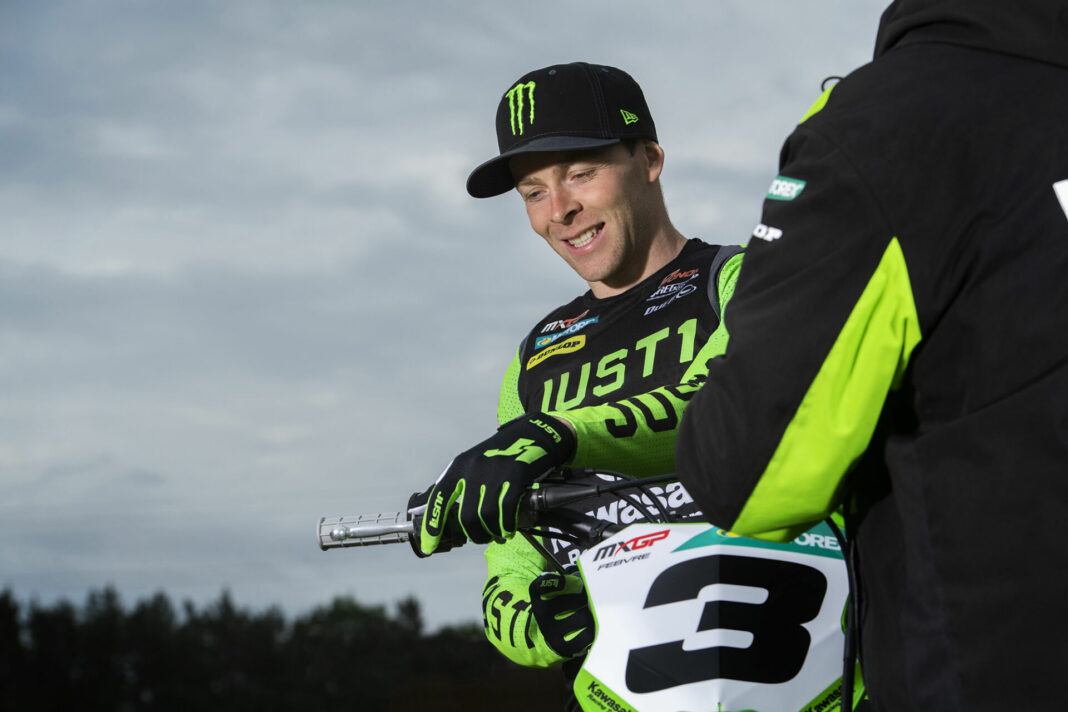 For the first time this season Kawasaki will line up its full squad at this weekend’s German GP as Romain Febvre will make his MXGP comeback.

It has been a long wait for the Frenchman but finally this weekend will mark the comeback for the 2021 World Championship runner-up who has decided he is ready to return to the race track after several promising training sessions during the past few weeks.

“There has been a lot of bad news in the past months but now I have a good one and I’m so happy to announce that I will be back behind the gate this weekend,” said Febvre after another test ride.

“I didn’t ride that much yet as I have only been training for two-and-a-half weeks so far, but the feeling with the bike is already really good so it’s time to be back racing. As I already explained previously the doctor told me that the pain will guide me and, even if sometimes I feel some pain, that’s acceptable.”

Having not raced for several months Romain has no real expectations for his comeback as he has no reference mark for his speed compared to his MXGP rivals.

“I go to Germany without any specific goal as I didn’t ride with any other top riders in recent weeks; I would have liked to ride with Ben but after his crash in Spain he was not able to practice last week. We never stopped working on my fitness programme, even when I wasn’t able to ride the bike, so physically I am ready and I think that my speed will be OK, but for sure it will be more difficult at first to maintain the speed for the entire duration of the motos.

“But we must start somewhere. I’m not yet at 100% but as I have a good feeling on the bike and as we had some good training sessions it’s time to go and it was better to be back in Germany rather than wait for Indonesia. We didn’t want to return overseas; it’s much better to do so in Europe even if Teutschenthal is not the easiest track for a comeback. But I have some experience and know what is required.”