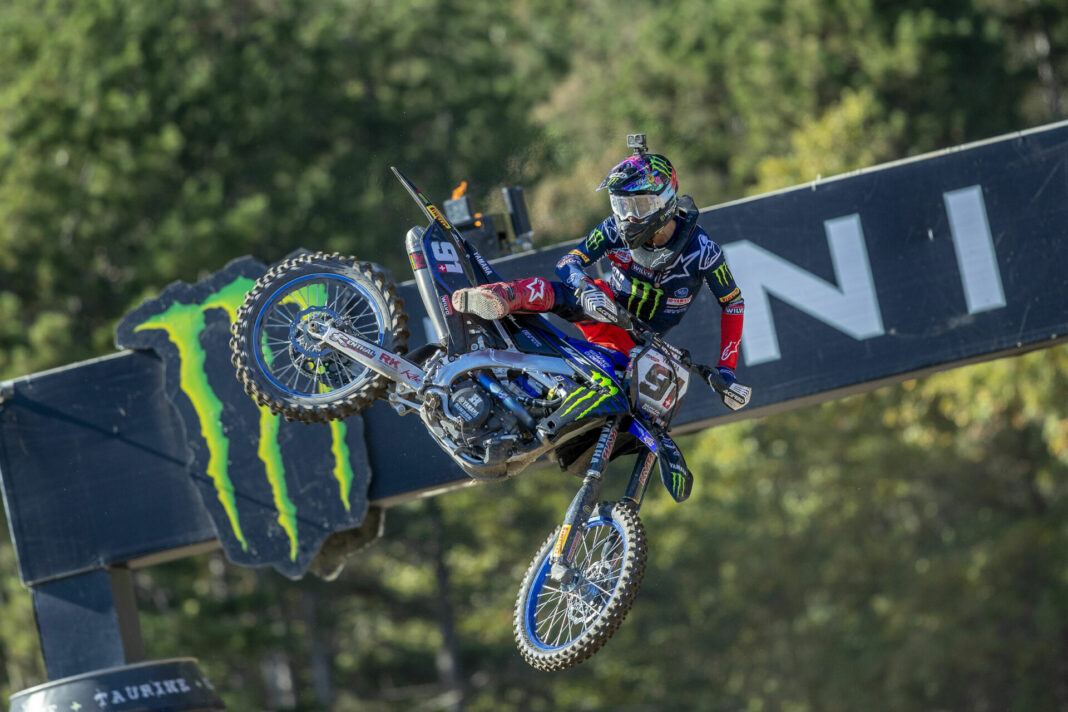 Monster Energy Yamaha’s Jeremy Seewer claimed his first MXGP win of the season for the opening MXGP moto of Pietramurata, for round sixteen of the series.

Jeremy Seewer stormed out the gate this morning at the Pietramurata circuit with a huge Fox Holeshot, followed by his team mate Glenn Coldenhoff. The chaos started straight out the gate with Monster Energy Kawasaki’s Romain Febvre, Red Bull KTM’s Jeffrey Herlings and HRC Honda’s Tim Gajser all battling to pass, with three points sitting between the trio for the championship lead.

Red Bull KTM’s Jorge Prado sat in third in the opening laps, followed by MRT Racing KTM’s Alessandro Lupino and Red Bull KTM’s Antonio Cairoli. Herlings had a huge moment on the waves section pushing to chase down the rest of the pack, as Febvre and Gajser thrash it out between them in the opening laps, before Febvre tags Gajser front wheel almost cleaning him out completely, allowing Jeffrey to close the gap.

Herlings then closes the gap on Febvre, as Seewer managed to pull a healthy gap away from the Kawasaki rider, Until Febvre had a huge crash almost sending his bike through the fence, but manages to still finish in second place just in front of Herlings.

Jeremy Seewer shot to race one victory and claimed his first win of the season ahead of Febvre and Herlings.