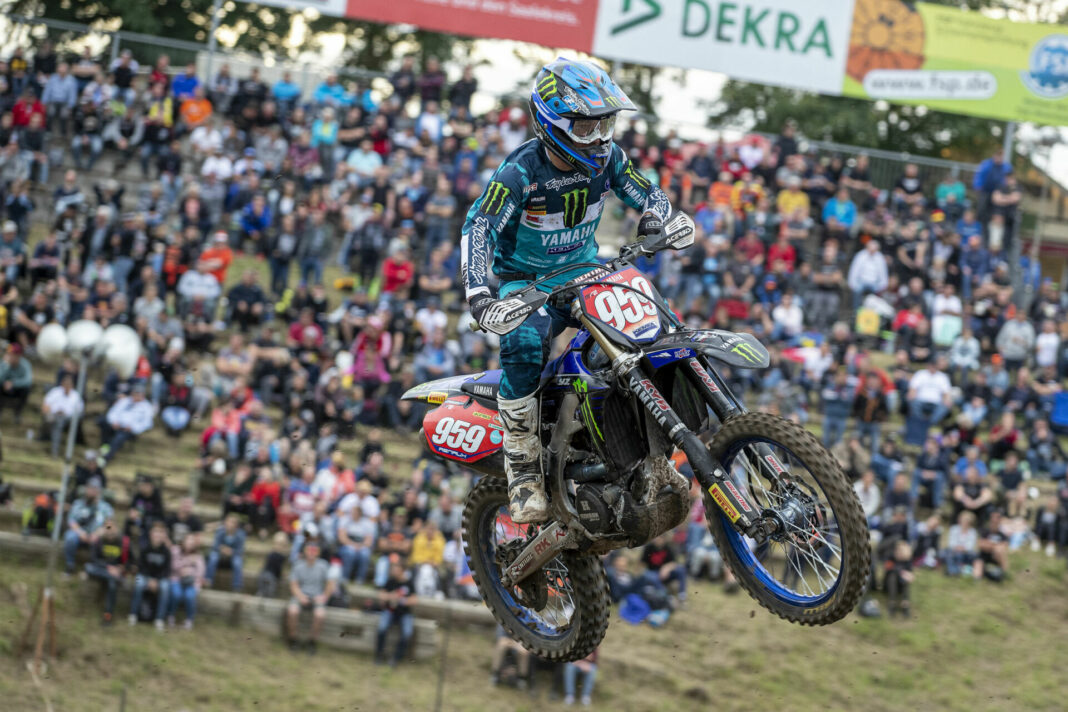 Monster Energy Yamaha’s Maxime Renaux wins the FIM MX2 World Championship, at the Pietramurata circuit this sunday with a race win in the second moto.

Red Bull KTM’s Tom Vialle grabbed his nineteenth Fox Holeshot of the day in Pietramurata, for the second MX2 moto of the day at the Italian circuit, followed by Monster Energy Yamaha’s Maxime Renaux and team mate Thibault Benistant rounding up the top three.

Hitachi KTM’s Conrad Mewse struggled again with his start and got swamped by the rest of the pack, and sat down in 22nd at the start of the race, but worked his way up to nineteenth mid moto. Bad luck again for Monster Energy Yamaha’s Jago Geerts as he suffered a mechanical issue, and rolled into the pits mid moto.

Vialle then made a huge mistake on the waves section kicking the back end of the bike out, which allowed Maxime Renaux to move up into the lead on lap five. Rockstar Energy Husqvarna’s Kay De Wolf seemed to have found his flow this moto which allowed him to push through the pack into third place with five minutes to go, but ended up finishing in sixth place.

Maxime Renaux wins the MX2 World Championship on his debut year the class, with a race win in the second moto of the day in Pietramurata.