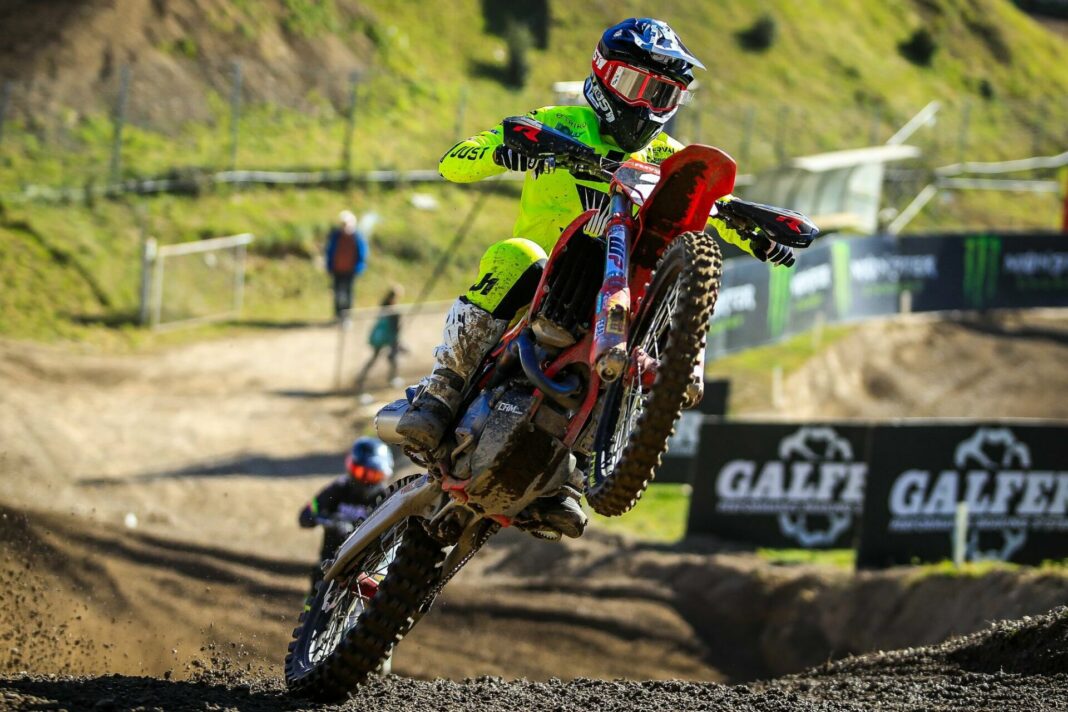 SM Action GasGas rider Kevin Horgmo headed to podium victory today at round eight of the FIM Championship series, with a two – one scorecard in Italy.

Championship leader and Factory Fantic Team Maddii rider Nicolas Lapucci added another Fox Holeshot to his collection this saturday in the EMX250 Moto two, as he was chased down by GasGas’s Kevin Horgmo putting the pressure on the Italian rider. Liamski KTM’s Liam Everts had a much better start to the second moto, sitting in the top ten.

Lapucci then parked Horgmo which allowed Cornelius Toendal to close the gap and move up into second, as he went to make the pass on Lapucci, he threw it away completely. Moto one winner Andrea Bonacorsi also crashed out towards the end of the moto, but ended up finishing in fourth place.

Horgmo then made the pass on Lapucci as Everts then followed suit to move up into second place, as Frederickson also makes the pass on Lapucci as the italian seemed to be dropping slightly off the pace. Everts and Fredrickson were back and forth between them on the last couple of laps battling for second place, until Everts has a huge huge crash over the bars but somehow managed to get himself back up to sixth place.

Horgmo went on to win the second EMX250 moto and the Overall result for the day in Italy, followed by Fredrickson and Championship leader Lapucci.