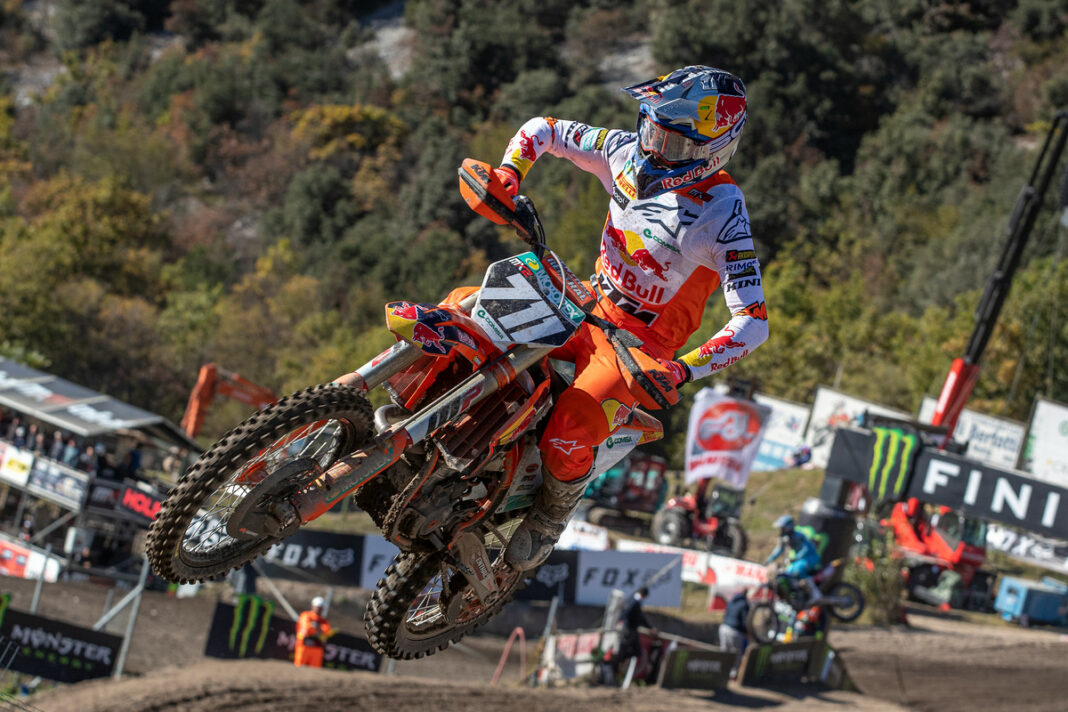 Red Bull KTM’s Rene Hofer Shot to opening MX2 moto victory this sunday, continuing his winning streak from the previous round of the FIM MXGP Series.

Red Bull KTM’s Rene hofer added a Fox Holeshot to his collection this sunday during the opening MX2 moto, just in front of his team mate Red Bull KTM’s Tom Vialle. Vialle soon jumped into the lead after a few corners, and then had a massive coming together with Monster Energy Yamaha’s Jago Geerts, which saw both of them crash jumping down one of the steep Pietramurata hills.

Rockstar Energy Husqvarna’s Jed Beaton and Team Diga Procross GasGas rider Simon Längenfelder battled it out between the pair for sixth and seventh place, as Beaton makes the move through the pack and moves up for fifth place, as Lägenfelder drops back out of the top ten in and sits in eleventh.

Redbull KTM’s Mattia Guadagnini suffered an awful start during this first MX2 moto, slowly dropping down the pack and pulling in mid moto. Hitachi KTM’s Conrad Mewse didn’t get that good of a start but soon made up for it having a huge battle with Rockstar Energy Husqvarna Kay De Wolf, for ninth and tenth place heading into the last lap.