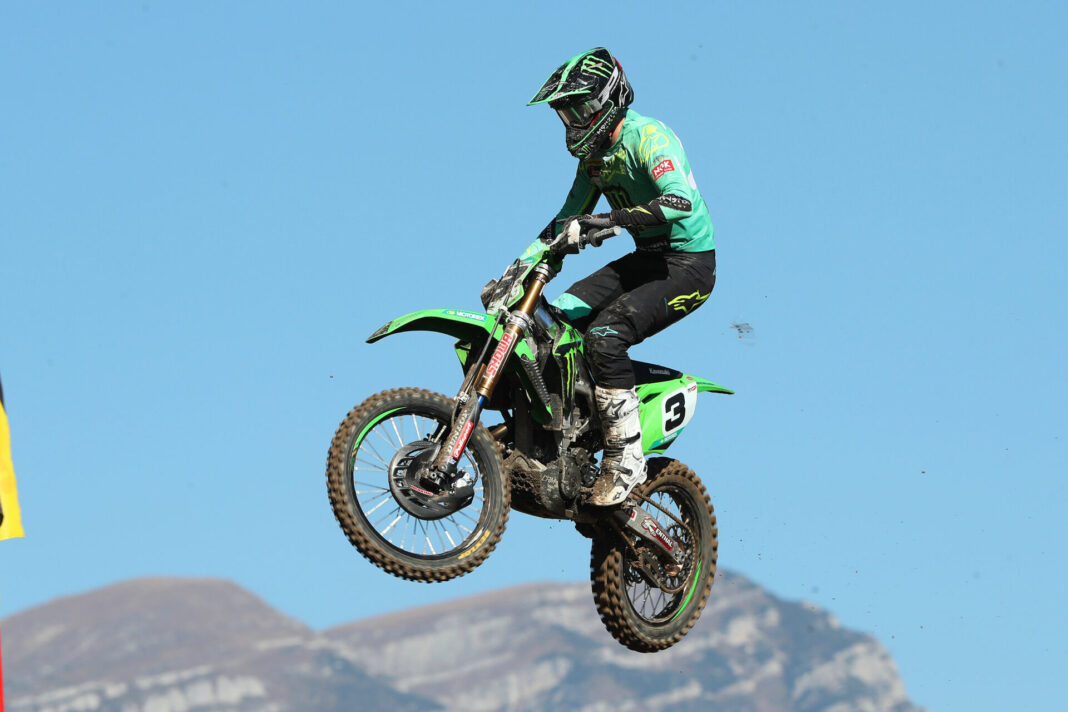 Red Bull KTM’s Jorge Prado holeshots the second MXGP moto of the day at the Pietramurata circuit in Italy, followed by the trio of HRC Honda’s Tim Gajser, Red Bull KTM’s Antonio Cairoli and Red Bull KTM’s Jeffrey Herlings. Gajser then moved straight through into the lead as Monster Energy Kawasaki’s Romain Febvre sat down in thirteenth place on the opening lap after a bad start.

Prado then let his team mate make the pass as Herlings started to close the gap on the Gajser. Much better start for Monster Energy Yamaha’s Ben Watson during this moto with him sitting seventh, and eventually him crossing the line in seventh position.

Fevbre makes his way back up to fourth place, as Cairoli fights back to try and make the pass, as Prado and Cairoli seem to be holding up the french rider. Herlings then crashed out of second place dropping down to seventh position, ultimately throwing away the championship potentially.

Herlings makes his way back up to fourth, with Febvre just in front of him, as Seewer stalled his bike almost losing out on second place. Jeffrey then has a huge crash trying to make some ground on the guys in front of him over jumping the finish jump. This then allowed Febvre to gain the championship lead with two laps to, with Gajser sitting one point behind.

Seewer went on to win the overall MXGP result this weekend in Pietramurata, his first of the season, followed by Tim Gajser and Romain Febvre.