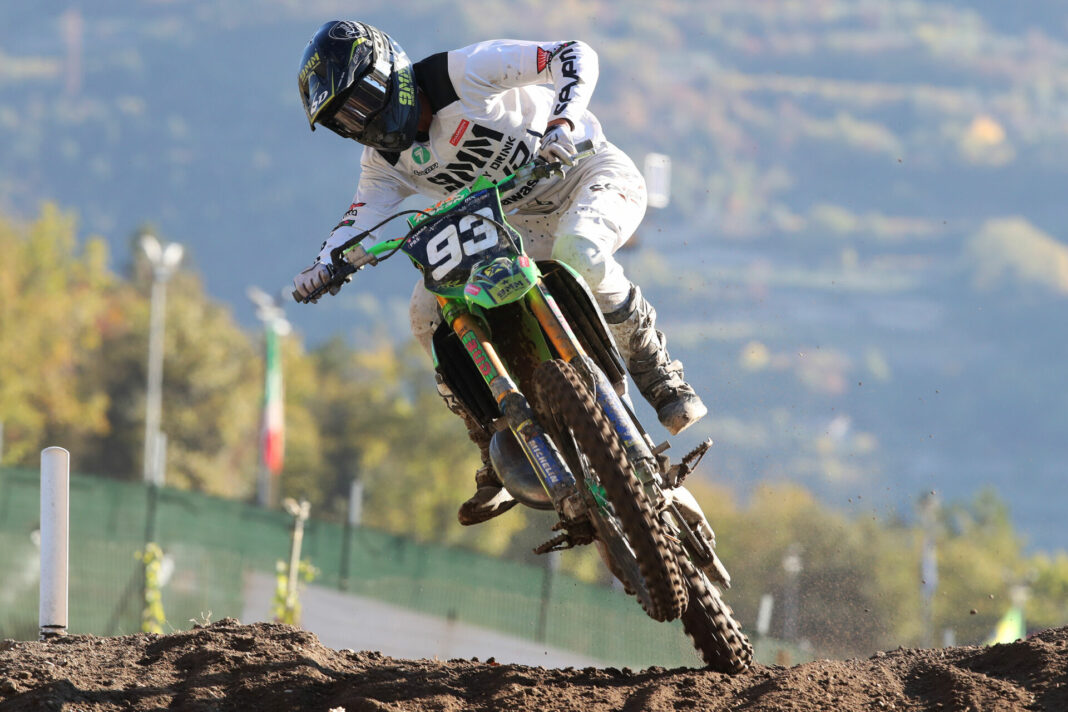 Bud Racing Kawasaki’s Lucas Coenen grabbed his first overall victory at this Saturday’s EMX125 championship, for round eight of the championship series.

Coenen shot out the gate for his second Fox Holeshot of the day at the picturesque Pietramurata circuit, as he was closely followed by Oragno 114 Husqvarna racings Andrea Viano for the opening lap, followed by KTM’s Valerio Lata.

Making his EMX125 debut this week the Cab Screens Crescent Yamaha rider Joe brooks had a great start for the second moto, sitting in tenth on the opening lap. Further up the field Husqvarna rider Kay Kaasmakers made a mistake which allowed ASA United GasGas brit rider Bobby Bruce to make the move up into fourth place.

Yamaha rider Ivano Van Erp then tried to make the move on Lata, and Lata and Bruce go back and forth between them battling it out towards the end of the moto. Meanwhile his Yamaha team mate Karlis Alberts Reisulis just managed to pip Bruce out of the top three which left the brit down in fourth position.

Coenen however went on to claim his first overall win of his EMX125 Championship career, followed by Reisulis in second, and Bruce rounding out the top three overall, with current championship leader Lata finishing just behind. This now leaves twenty two points separating Bruce and Lata for the championship heading into next weeks following round.