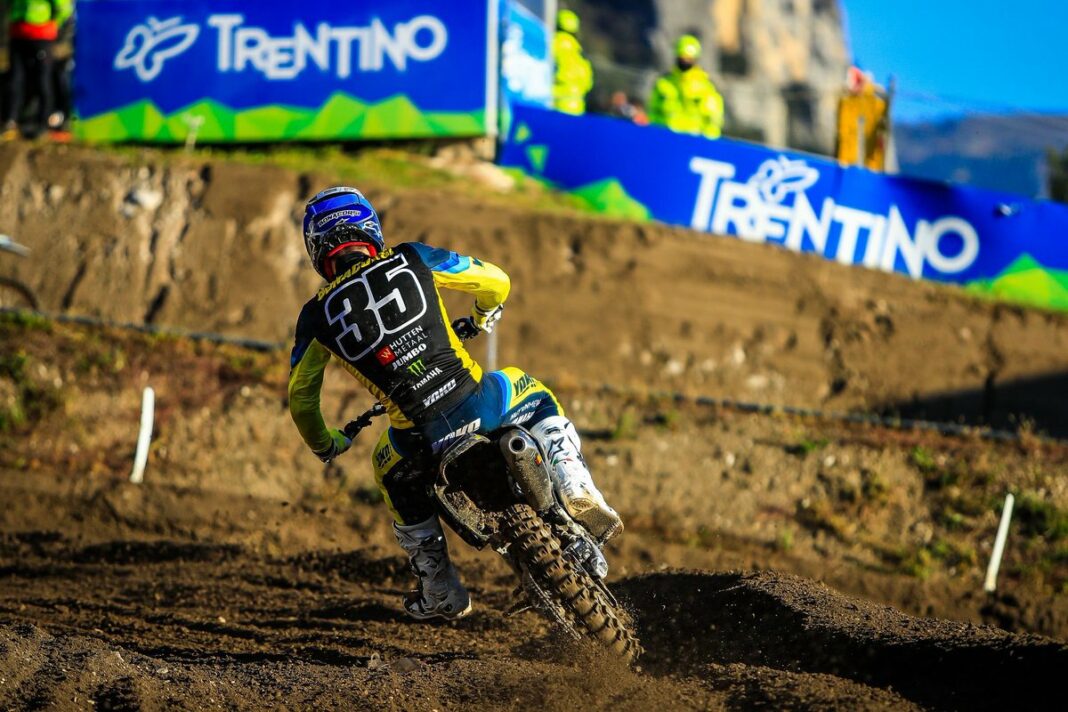 Factory Fantic Team Maddii rider Nicolas Lapucci adds another Fox Holeshot to his collection this weekend leading the pack followed by Yamaha’s Andrea Bonacorsi following closely behind as Lapucci leads the way for the opening lap.

Lapucci then makes a huge mistake and throwing away the lead and allowed Bonacorsi to move up into the lead. Monster Energy Yamaha’s Kevin Horgmo then made the pass to move up into second place, as Riley Racing Yamaha’s Raf Meuwissen had a huge off crashing out and losing third place.

Husqvarna rider Jorgen Matthias Talviku crashed hard out of sixth place, which then allowed Liamski KTM’s Liam Everts to chase down Yamaha’s Hakon Frederiksen but just runs out of time to make the pass, which saw him finishing the moto down in sixth place.

However Horgmo and Bonacorsi battle it out for the lead right down to the wire for the last lap, with Bonacorsi taking the moto one win followed by Horgmo and Lapucci.