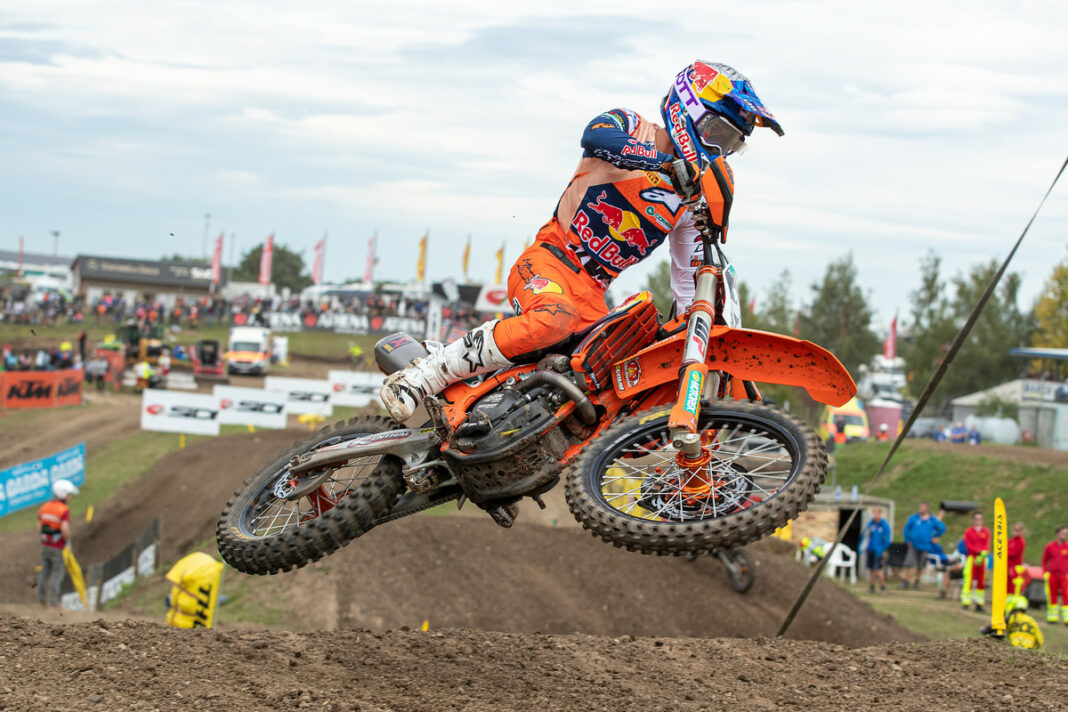 Rockstar Energy Husqvarna Jed Beaton and Bike IT Kawasaki’s Wilson Todd battle it out during the opening laps between them, until Todd tries to make the pass on Beaton and he shuts the door putting Todd through the chestnut fencing, in which Todd ended up finishing in fifteenth.

The real battle however continued between Frenchman Renaux and Red Bull KTM’s Rene Hofer, with Jago Geerts in the mix chopping back and forth between the three of them for second, third and fourth position. Guadagnini parks Maxime on one of the deep rutty corners, to try and hang onto second place, but with one minute to go Renaux made the pass on Guadagnini with one lap to go, bringing the results home with a French 1-2.

Hitachi KTM’s Conrad Mewse had a better result in this moto, coming home with a nineteenth position in the second moto.

Your race two and overall winner for the day is Tom Vialle, followed by Maxime Renaux and Mattia Guadagnini rounding up the top three.