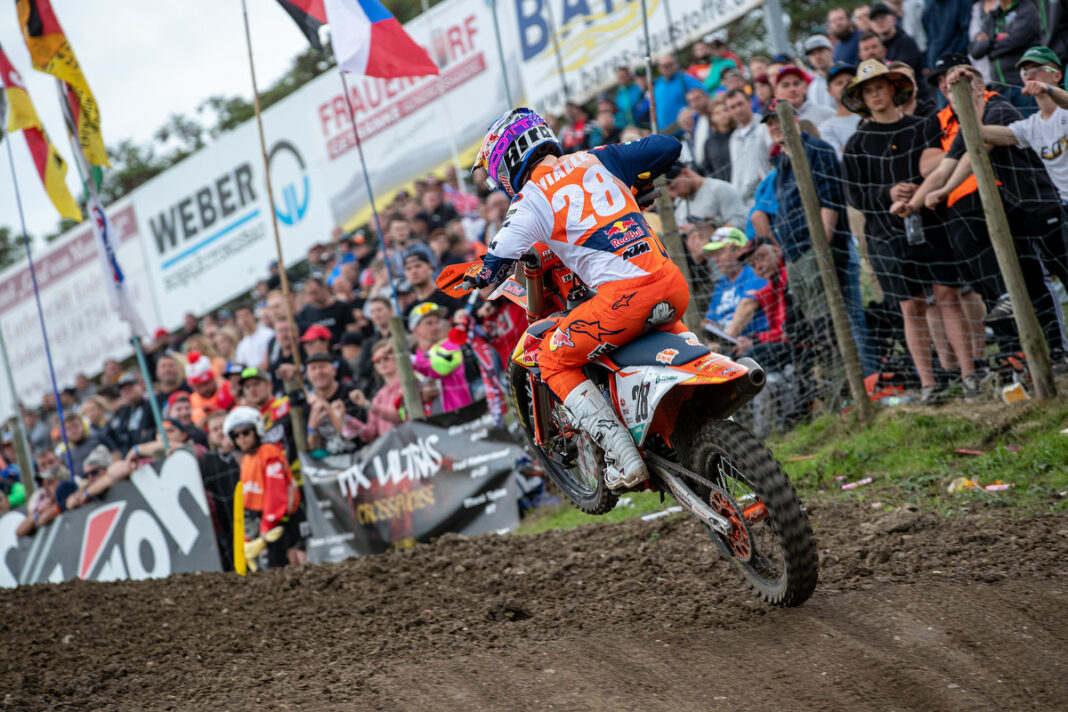 Round twelve of the FIM Monster Energy World Championship series heads to Lacapelle Marival this weekend, with Vialle adding another race win to his collection.

Red Bull KTM Tom Vialle adds another holeshot to his collection for the opening MX2 moto in France this weekend, followed by Monster Energy Yamaha’s Jago Geerts, just as Rockstar Energy Husqvarna’s Kay De Wolf went down on the start, leaving him dead last to catch up to the rest of the pack.

Red Bull KTM’s Mattia Guadagnini and Rockstar Energy Husqvarna’s Jed Beaton battled it out behind, as they both move up into second and third position. 114 Honda Motorsports Ruben Fernandez was back after missing out the last GP in Germany, but unfortunately crashed out early on in the moto and did not rejoin the moto.

Championship leader Renaux sat down in fifth chasing his team mate Geerts towards the end of the moto, meanwhile further down the field Hitachi KTM rider Conrad Mewse struggled off the start but managed to pull his way back to

Renaux makes a huge pass on team mate Geerts to move up into fourth with two laps to go, as he starts to chase down third place man Jed Beaton. Vialle however claimed another race win on home soil ahead of his team mate Guadagnini, and the trio of Yamaha’s.

Your top ten MX2 race one