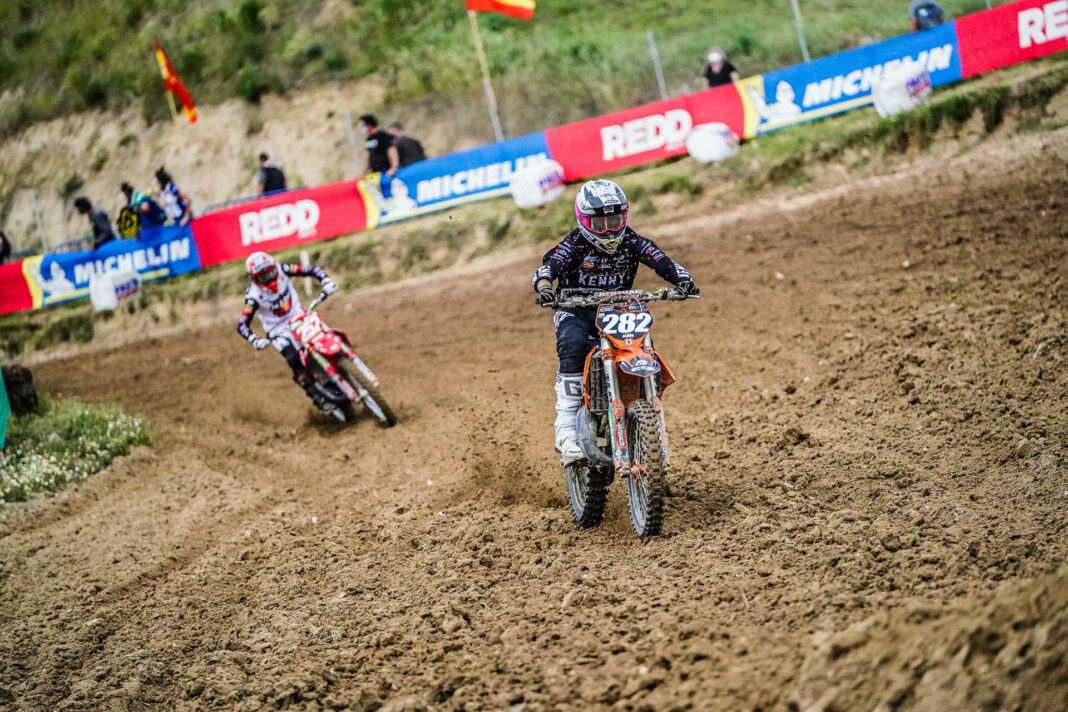 Round four of the FIM European EMX125 Championship heads to Lacapelle Marival this weekend in France, with Marc Antoine Rossi claiming his first win in front of his home crowd.

Tech 32 racing MX rider Marc-Antoine Rossi holeshots the opening EMX125 Moto in France, as he starts to push away from the rest of the pack, and pulling a nice gap in early on in the moto.

ASA United GasGas Brit rider Bobby bruce also got a great start out in fourth in the opening laps, as he then moved up into third position and continued to set the fastest laps on the moto.

Championship leader Valerio Lata made a clean move up into fifth position after struggling with the start, just as Bruce closed the gap and moved up into second position as he then hunted down race leader Rossi, and made the pass to take the race lead with thirteen minutes to go.

Bruce then made a mistake crashing out of the race lead, allowing Rossi and Ferruccio Zanchi to move up into first and second. Then Zanchi had a huge off dropping out of the top three and ends up finishing way down in twentieth position.