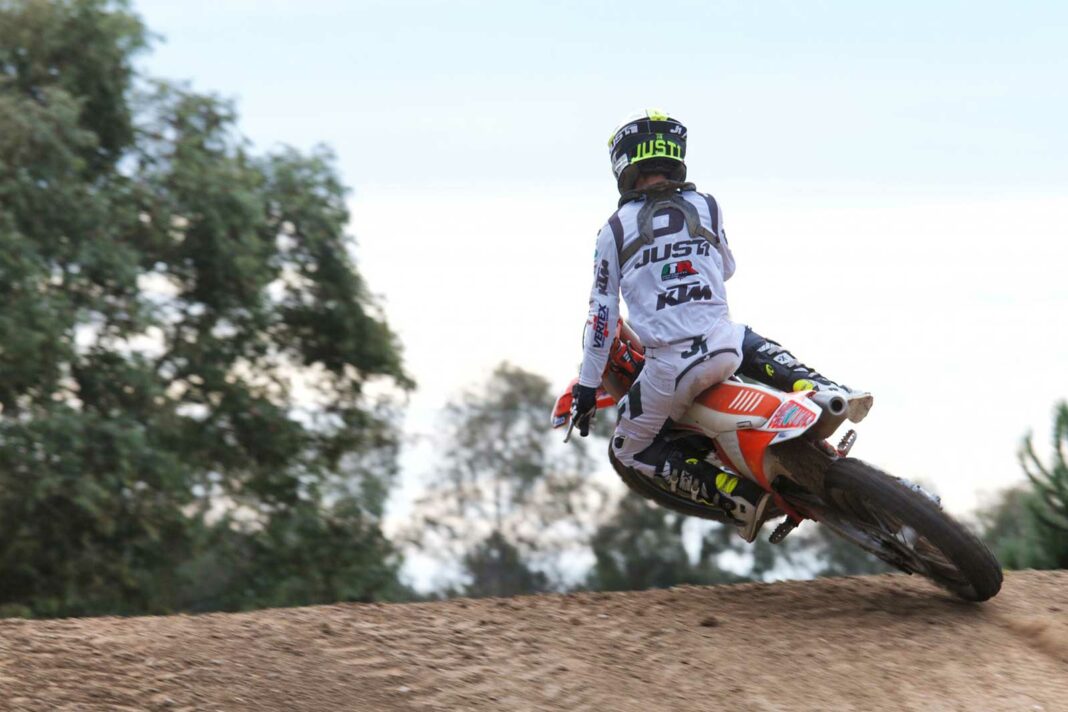 Italian KTM rider Valerio Lata claimed the overall EMX125 win in Lacapelle Marival in France, for round four of the EMX125 Championship series.

A little further down the field there was a huge battle between Sacha Coenen and Kay Karssemakers for forth and fifth with Coenen eventually making the pass up into fourth place, which he managed to hold for a few laps until he dropped back down fifth.

More back luck for Bobby bruce as he crashed out of third position, and continued to roll round for the remainder of the moto, looking like he had gone down hard on his left side, ultimately finishing the moto in seventeenth position.

Lata and Coenen however scrap it out on the last lap for second and third place, with Zanchi claiming the second moto win, with Lata eventually claiming the overall results for the day, and also extending his championship lead by 17 points ahead of Karssemakers.