Home Motocross MXGP MXGP France: ‘I was quite close to a podium’ – Seewer 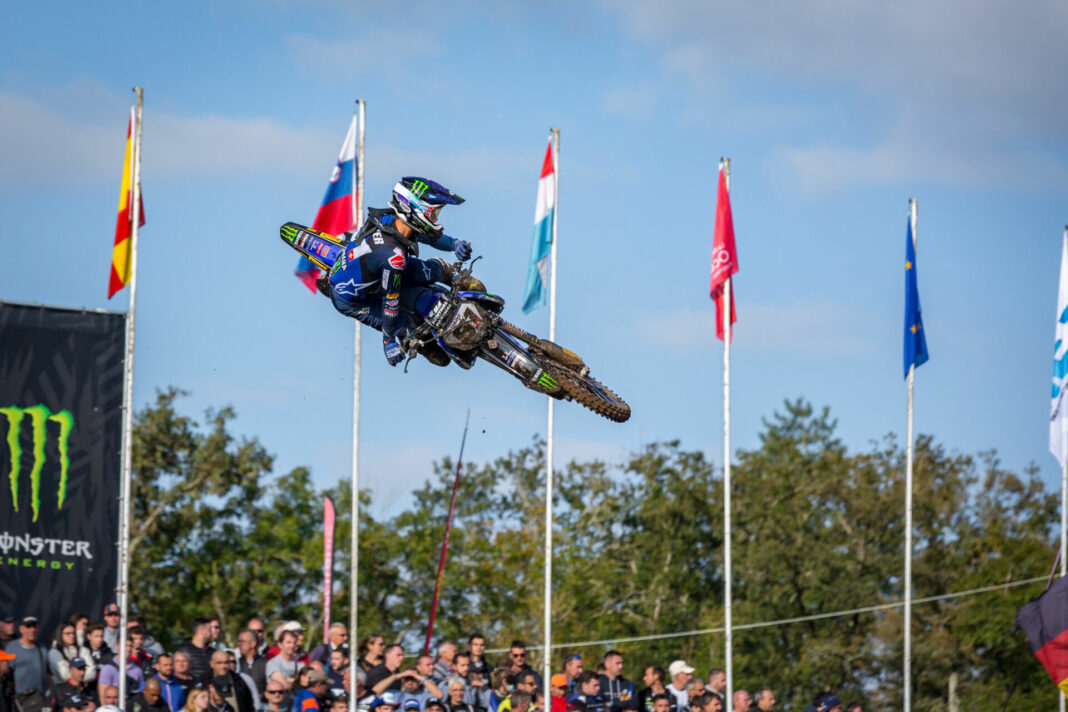 Monster Energy Yamaha MXGP rider Jeremy Seewer just missed out on a podium finish at the french hardpack track today in Lacapelle Marival, for round twelve of the championship series.

Finishing third in the first MXGP moto and sixth in the second, this left him tied for third place on the podium with 35 points alongside HRC Honda’s Tim Gajser.

“I was quite close to a podium,’ said Seewer. “I had two really good starts, but I had Jeffrey (Herlings) come somehow into my line and then into a scary straight.”

“I ended up losing some spots to the freight train behind me. So, that was a bit unlucky. Overall, P3 in moto one was a massive comeback, two good starts and a good timed practice.”

“To sum it up, it was one of my best GPs of the whole year. I am starting to enjoy it again. I had a lot of fun riding my bike today. I am on my way up. I still have energy, and I feel like I am becoming more fresh. There are still plenty of GPs left and I just want to keep moving up and hopefully be back on the podium soon.”