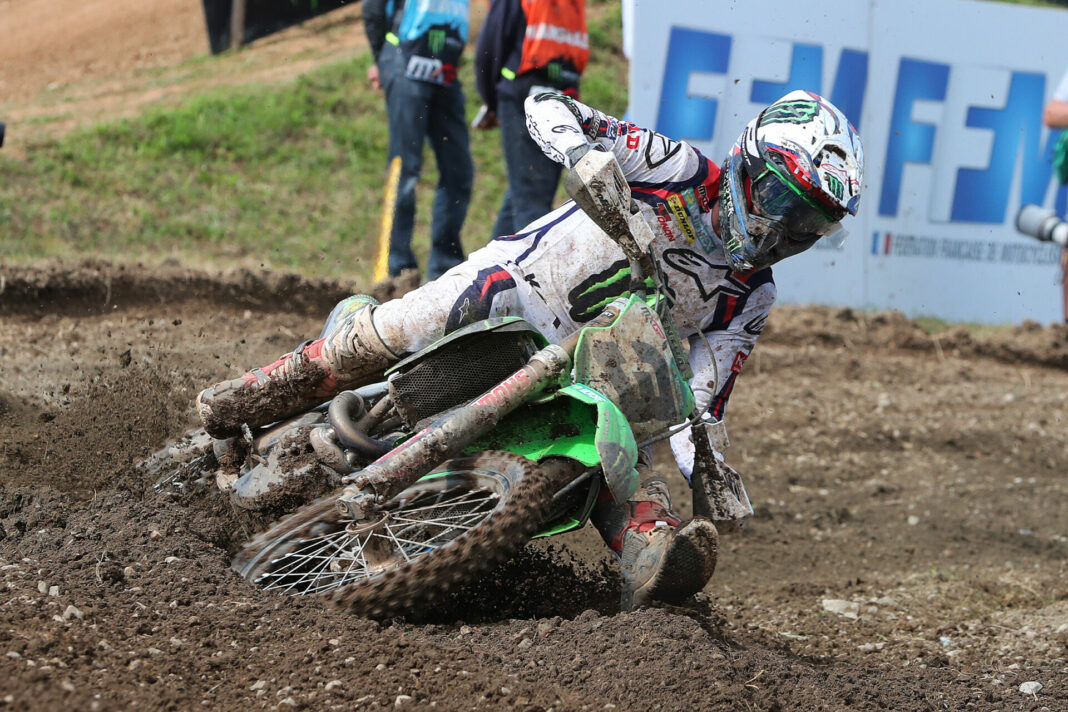 Monster Energy Kawasaki Romain Febvre moved up to second in the FIM World MXGP Championship standings after his home GP at Lacapelle Marival.

After claiming the race one win during the first MXGP moto, and just getting pipped for the win in the second moto by Red Bull KTM’s Jeffrey Herlings, the Frenchman reflected on his weekend below:

“I was happy to win the first moto,’ said Febvre. “We saw already in the morning that our speed was much faster than the others so it was a real challenge which of us would win.”

“I was quickly second with a couple of good passes in the first race, I had a really good spot to pass but I didn’t want to show it to Jeffrey until I was sure I was close enough.”

“It was tough at the end with the lapped riders but we won and could celebrate that one with the French fans. In the second moto we were already first and second again after a few turns so I knew it would be a challenge to the end.”

“I got around Jeffrey when he made a mistake and I made a few fast laps to make a gap but at the end he was faster in some sectors. Obviously I am a little disappointed. I almost won at home but it’s good to be on the podium and I am happy to see so many fans; they deserved the win but I couldn’t quite make it happen for them.”

“It’s nice to have three of us really close in the points; hopefully we keep it like this to the end and I can find something to make the difference at the last few rounds.”