Home Motocross MXGP MXGP France: ‘I knew I had to bring my A Game’ –... 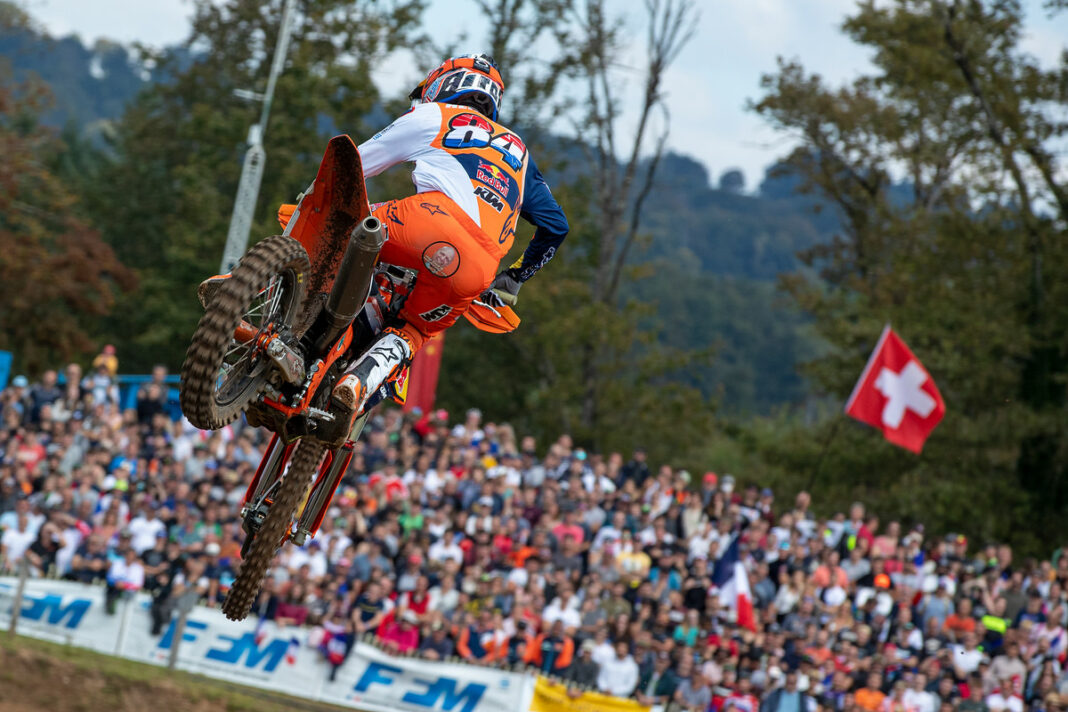 After losing out on the first moto to Febvre, the Dutchman stormed to victory in the second moto clinching the overall victory.

“Actually today was pretty good,’ Said Herlings. “I raced here three years ago so I definitely knew Romain was going to be good today and that I had to step up my game.”

“This morning you could see that nobody could really match my speed. We were two seconds ahead of the third. Going into the race I knew I had to bring my A game. Actually, the set up I had for race one was pretty difficult.”

“I was struggling a bit and got arm pump. Then I just could not hold Romain and he made a pass. I had to let him go and try to close him at the end of the race but it was too late and I could not put a good fight anymore. He won fair and square. Second race, I had a good start again.”

“He beat me on the first turn, then I managed to pass him on the second or third turn. I was trying to pull away, but it was tough with his speed. I think I had a two or three second gap, then I had an issue. I’m lucky I did not lose much time and kept the three second gap. I managed to win this race and win the overall and looking forward to next weekend.”