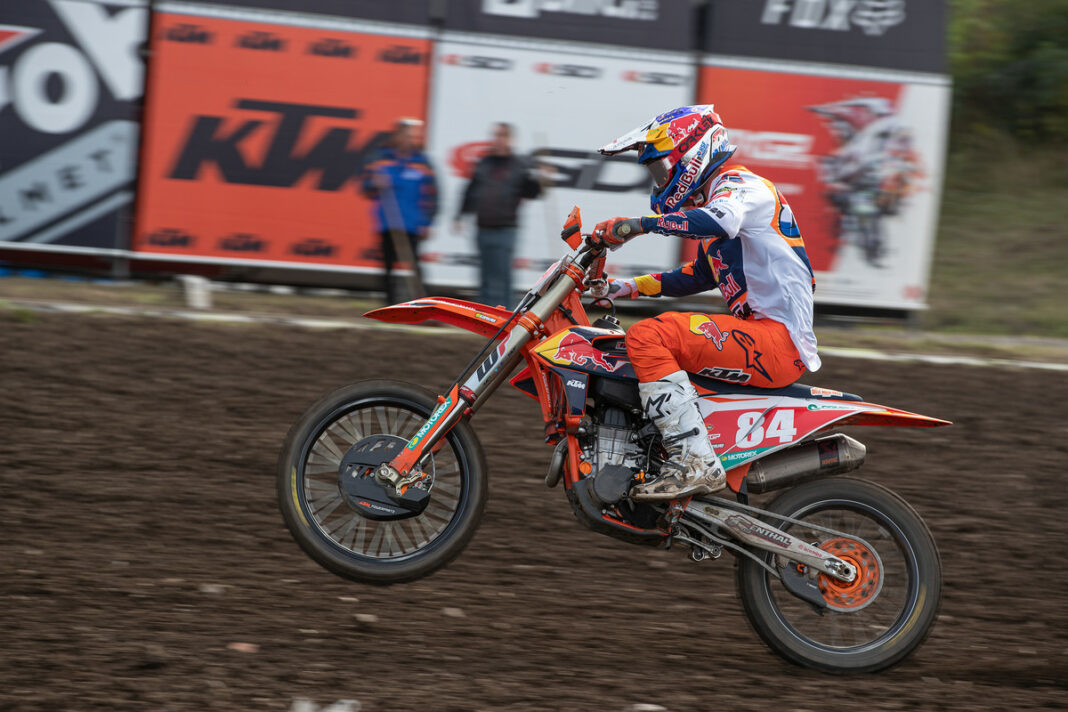 Monster Energy Kawasaki’s Romain Febvre shot to double race victory in Lacapelle Marival this weekend, at his home MXGP round in France.

After finishing seventh in the first moto, the Hostettler Yamaha rider Arnaud Tonus crashed out heavily and what looked like landing harshly on his right side, retiring from the second moto of the day.

Herlings made a mistake mid moto which allowed the Frenchman Febvre to fly through into the lead, until Herlings dropped the hammer with five minutes left to go closing the gap on Febvre and made the pass to claim the moto two win.

Herlings went on to claim his 95th win of his career, and regains control of the championship lead from Tim Gajser.